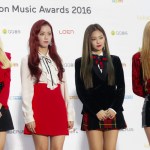 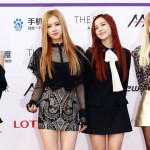 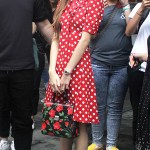 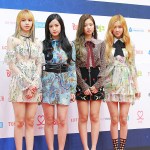 Right after the full lineup for Coachella 2019 was announced, hundreds of thousands of tweets about BLACKPINK erupted! Here’s what you need to know about the first K-Pop girl group to ever perform at the festival.

Not even an hour after Coachella released the full lineup for its 2019 festival on Jan. 2, over 444,000 tweets blew up about one of the performers on the list: BLACKPINK. It’s a historic move, as this will be the first ever K-Pop girl group to perform at the music festival in Indio, California (the first K-Pop group in general was Epik High in 2016). Here’s everything you need to know about the group (also stylized as BLΛƆKPIИK) causing such a commotion on Twitter!

1. BLACKPINK is made up of members Jisoo, Jennie, Lisa, and Rosé. The quartet just made its debut over two years ago through YG Entertainment in Aug. 2016. The ladies are a unique mix, as members Jennie and Lisa can also rap, while Jennie and Rosé are fluent in English!

3. As expected, the K-Pop group has an impressive following. BLACKPINK boasts 14.4 million followers on Instagram, and 1.4 million on Twitter.

5. Dua Lipa partnered with BLACKPINK for a track. The resulting collab, “Kiss and Make Up,” released in Oct. 2018, and made its way onto the Official UK Top 40 chart. BLACKPINK became the first ever K-Pop group to get on the list!