Sunisa “Suni” Lee is a contestant on season 30 of Dancing With the Stars, which premieres on Sept. 20. Her exciting dancing debut will come less than two months after she became an Olympic gold medalist on July 29 in Tokyo. The 18-year-old American gymnast won the women’s all-around title at the Tokyo Olympics,  thus securing her first-ever individual Olympic gold medal. Suni scored 57.433 for the incredible performance, edging out silver medalist Rebeca Andrade of Brazil and Angelina Melnikova of the Russian Olympic Committee.

Suni also earned a silver medal with her fellow US women’s gymnastics teammates Jordan Chiles and Grace McCallum during the team competition on July 27. But there’s more to Suni than just gymnastics! From her experience training for Tokyo, to her exciting post-Olympics plans, HollywoodLife has rounded up five key things to know about the inspirational athlete ahead of her DWTS debut. 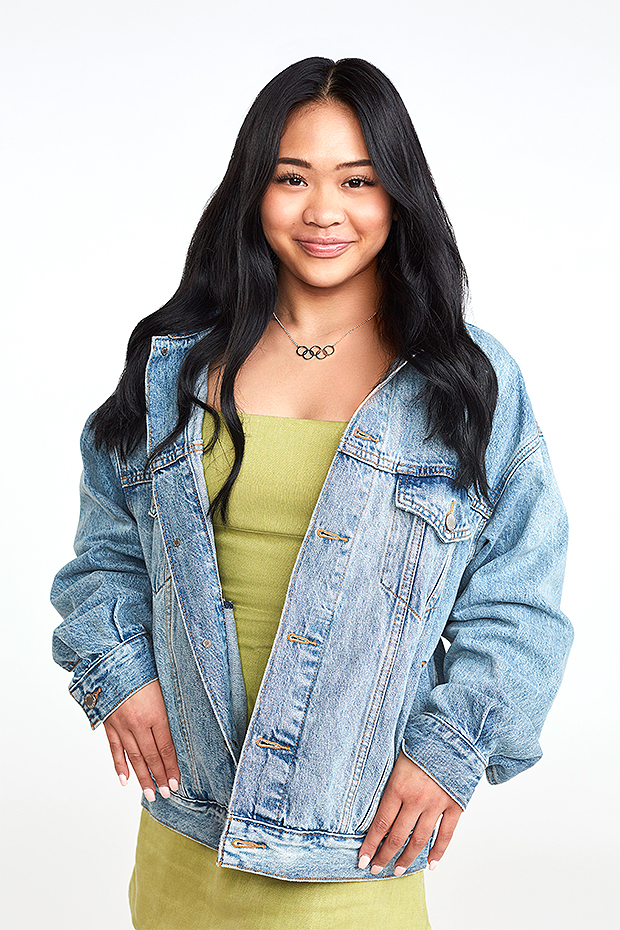 Suni first took up gymnastics at age 6 from watching YouTube videos of Olympians like Nastia Liukin and Shawn Johnson. “Once I started, I just couldn’t stop,” she said in an interview with the New York Times. “It looked so fun, and I wanted to try it myself.” Suni quickly got the hang of the sport, and her mom Yeev Thoj and dad John Lee had her start training Midwest Gymnastics Center in Little Canada, Minnesota, according to her bio. There, she was trained by coach Jess Graba, and she began competitively competing at age 7 at a state meet, where she won the all-around. By age 11, Suni had qualified for elite, per bio.

Suni competed in some big gymnastics competitions, such as the 2016 US Classic and the 2018 Pacific Rim Gymnastics Championships. But she really put her name on the map at the 2019 World Championships in Stuttgart, Germany. Incredibly enough, Suni walked away with three medals at the competition. She was apart of Team USA winning the gold medal ahead of Russia and Italy in the team final. She also won the silver medal in the individual floor exercise, behind teammate Simon, and won the bronze medal in the uneven bars, behind Belgium’s Nina Derwael and Great Britain’s Becky Downie

Suni made history as the first Hmong-American athlete to reach a U.S. Olympic team. She secured her spot on Team USA for the Tokyo Olympics when she placed second in the all-around at the Olympic trials back in June.  In an interview with PEOPLE, Suni said that her historic accomplishment “means a lot to the Hmong community … and to just be an inspiration to other Hmong people [means] a lot to me too.”

4. Suni has an incredibly supportive family.

Suni’s loved ones have been by her side since she first embarked on her Olympic journey. Her father John would always give her pep talks before her meets, and that was no different even after his tragic 2019 accident. Per ESPN, John was helping a friend cut a tree branch when he fell from a ladder and became paralyzed. “Before my injury, I was active and athletic and I fixed everything around the house,” John told ESPN. “I can’t do any of that now, and it’s hard. But when I get so angry at myself, I look at Sunisa and think about what she has had to go through to get to where she’s at, and she inspires me.”

Suni’s close-knit family suffered another tragedy when her aunt and uncle died. They both had contracted COVID-19, and her aunt passed away from the virus, John told ESPN. The uncle recovered, but sadly died of a heart attack soon after. But in spite of all the hardships, Suni overcame and continued to stay focused on dominating in Tokyo. Her family, unable to travel to the Olympics due to the COVID-19 pandemic, remained at home and has proudly been cheering Suni on.

5. Suni is Heading To College

Suni has a bright post-Tokyo Olympics future ahead of her. She verbally committed to Auburn University back in 2017 when she was just 14 years old, per her bio. Once she’s home from Tokyo, she’ll begin her exciting college years. And she will, of course, continue competing in gymnastics on the Auburn Tigers. Now, she’ll have to balance dance AND schoolwork!

Suni officially signed to the college in Nov. 2020, and shared an Instagram post to celebrate her big decision. “Special thank you to my family and coaches for everything they’ve done for me,” she said. “My parents, for giving up everything for me and being my biggest supporters through everything. my coaches, for pushing me to be the best athlete i can be and teaching to never give up on my dreams.”