A rising star in the hip-hop world has fallen: Slim 400 was gunned down in Los Angeles’ Inglewood neighborhood. He was just 33. Here’s what we know so far.

The hip-hop world was again in mourning on Dec. 9 amid news that Slim 400 had been shot and killed the night before. Police confirmed to HollywoodLife that Slim, 33, was gunned down Wednesday (Nov. 8) in Los Angeles. The popular hip-hop podcast No Jumper was the first to break the news of Slim’s passing, tweeting, “Rapper Slim400 has reportedly been killed, R.I.P.,” along with a picture of the slain man.

Shortly after the word of Slim’s passing hit the internet, fan-shot videos of the taped-off crime scene began circulating. Unfortunately, these videos don’t shed any more light on the situation. As of Thursday morning, the details of Slim’s shooting are nil, but HollywoodLife will update this post when more information is made available. In the meantime, here’s what you need to know about Slim 400.

Slim was born Vincent Cohran to military parents on June 22, 1988, in Frankfurt, Germany, per the New York Post. Slim and his parents moved back to the states when he was a young child, roughly 11 months old. Slim grew up in Compton, California, and began rapping at the young age of 12. It wouldn’t be long after his start that his talents would catch the eye of his fellow hip-hop stars.

Rappers Who Have Been Violently Attacked Or Killed: See Pics 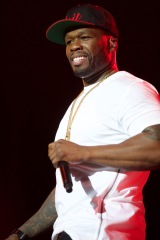 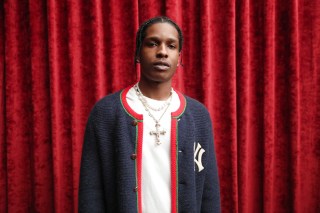 “That’s all I know, Bompton,” he told Herb magazine, changing the name of his town to “conform with the Bloods’ preferred rendering of the word,” per the publication. He also named himself 400 after his neighborhood block.

2. He’s Best Known For His Collaboration With YG.

Slim was close with rapper YG. It was Pu$haz Ink, the now-defunct music label popularized by YG (b. Keenon Jackson) and DJ Mustard, that discovered Slim and signed him in 2008. Slim worked with YG on the single “Bruisin.” He also appeared in YG’s 2014 short film, Blame It On The Streets. In 2017, Slim teamed with Snoop Dogg and Compton AV for “Throw It Up.”

In his short time on this earth, Slim released a handful of mixtapes – High Off Treez, Keeping It 400, Foe Block, Foe Block 2, Foe Reala, and Shake It Black – and a few singles and EPs. He was a well-respected member of the West Coast scene and always seemed poise for a mainstream breakthrough.

3. He Had A Businessman’s Mind.

In 2018, Slim lent his persona with BudTrader.com, a startup that bills itself as the “medical marijuana marketplace,” per Herb magazine. “Weed is going to sell, bro, period,” he said about the partnership. “I took a couple of shares under my name,” he added. Slim said that he used to sell on the streets during cannabis’s prohibition in California (the state legalized recreational use in 2016, per Time) and thought it would be better to get involved in the legal sale of pot.

Slim was shot nine times in a 2019 drive-by in his hometown, according to Hot New Hip Hop. Slim was visiting his family in Compton when the shooting happened, and one of his kin had to risk their own life to drag him indoors while the assailants kept firing at the home. A month after the shooting, he sat down with a Los Angeles radio station to share his experience.

“I just feel like when you meant to be here, and God have a plan for you, it ain’t no stoppin’ it,” he said. “I hit the ground thinking it was over. My family came out, kept me alive, talking to me, dragging me in the house while they still shooting…My family, love her to death for just saving me. I just feel like I’m blessed just to be here ’cause I could have just died then and there.”

5. He Was Reportedly A Father.

Slim was a bit reserved when it came to parts of his private life. He reportedly had a daughter named Parris, who was born in 2009.