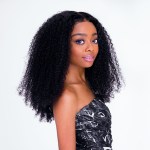 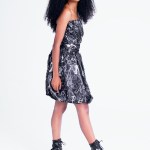 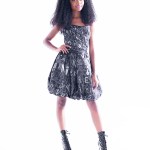 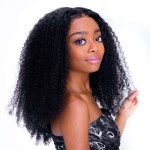 Skai Jackson urged her fans to ‘DM’ her with ‘videos’ and ‘screenshots’ of racist activity in an effort to continue the conversation about racial inequality. ‘Tweet me the receipts!’ she added.

Skai Jackson, 18, doing her part when it comes to the Black Lives Matter movement. The former Disney star asked her 300,000 followers for support when it comes to “exposing racists” on Twitter. “If you know a racist and would like to expose them, dm me on Instagram and give me all videos/ screenshots , Instagram and what school they go to. I might not answer but I do see it and will expose,” she posted on Friday, June 5, also adjusting her Twitter name to “queen of exposing racist.”

You're really amazing for using your platform to expose these disgusting people.
I stannnnn

Shortly after, followers began sending her a list of names and businesses who have allegedly been racist which she proceeded to post about. “If you know a racist, don’t be shy! Tweet me the receipts,” she added.

If you know a racist, don’t be shy! Tweet me the receipts 🧾

“You’re really amazing for using your platform to expose these disgusting people. I stannnnn,” fan @X_Perfecto_X posted. “Wow a queen,” @its_kiia wrote in response, while @geo1ojin added “yes!! thank u so much skai u are truly a gem ily.” Here’s 5 things to know about the teen star.

1. She was on the Disney Channel. Skai rose to fame after playing the sassy and mischievous Zuri Ross on the shows Jessie and again on Bunk’d. Originating the role at just nine years old, we watched Skai’s Zuri grow up in front of her eyes as she entered her teenage years! The character also appeared in crossover specials with Good Luck Charlie and K.C. Undercover.

2. She’s a published author. Zuri released her debut book Reach for the Skai: How to Inspire, Empower, and Clapback in 2019. The inspirational memoir includes several lessons about life that Skai has learned over the years, especially when it comes to girl power, clapping back and loving yourself. “Take ten deep breaths. Never tweet while you’re angry; you’ll probably regret it later,” she writes about clapping back, adding, “Get sassy. Never use curse words, foul language, or racial slurs, or say anything about a person’s appearance. Just work with being smart-mouthed.”

Hope you are all staying healthy and inside!✨ This quarantine is the perfect time to catch up on some reading! Link in my bio💕 #ReachForTheSkai

3. She’s been in music videos. Skai appeared in Lil Nas X‘s viral video for “Panini” in 2019! In the video, Skai can’t escape the rapping sensation. The pair snapped a sweet selfie on-set of the shoot, and have remained friends!

4. She’s from New York. Skai was born on April 8, 2002 in New York City to Kiya Cole and Jacob Jackson. “Have you ever asked your parents the story behind your name? When I did, my mom told me somethings that really surprised me,” Skai wrote in her memoir. “When my mom was young, she got sick and her doctor said she might not be able to get pregnant….After years of praying for a girl, my mom miraculously got pregnant with me. She wanted to celebrate by giving her daughter a special name. A friend had mentioned the name Sky, and my mom loved it!”

5. She had a feud with Bhad Bhabie. The feud started when Skai had expressed a romantic interest in Danielle “Bhad Bhabie” Bregoli’s ex-boyfriend NBA YoungBoy. “Can somebody hook me up with YB,” Skai wrote. “He just so fine to me… Lord.” Bhad Bhabie wasn’t having it, and quickly dubbed Skai a “Disney Thot.” The situation ultimately escalated with Skai getting a restraining order.