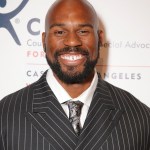 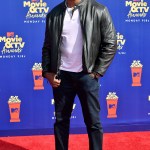 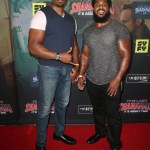 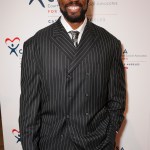 Fans of Shad Gaspard held out hope he would be found alive after he went missing while swimming at Venice Beach, but authorities have confirmed they recovered a body matching his description.

UPDATE 5/20/2020 11:30 AM: The WWE issued a statement on his passing. “WWE is saddened to learn that former WWE Superstar Shad Gaspard has passed away at the age of 39. Gaspard had gone missing while swimming with his son at Venice Beach in California on May 17. In his final act, Gaspard instructed lifeguards to save his son’s life.

Gaspard was best known in WWE as one-half of Cryme Tyme with JTG. The fan-favorite duo memorably joined forces with John Cena during his 2008 rivalry with JBL, and competed for the WWE Tag Team Titles at SummerSlam 2009. Shad and JTG would later square off in heated fashion after a falling out in 2010.

Before entering the squared circle, Gaspard played basketball at Georgia Perimeter College. He was also a former bodyguard for P.Diddy, Britney Spears, and Mike Tyson. Admired by friends and colleagues for his warmth and humor, Gaspard was no stranger to heroic deeds. In 2016, he broke up an armed robbery in Coral Springs, Fla., pinning the suspect to the ground until police arrived. Gaspard was also a multitalented individual, creating his own graphic novel and acting in several TV shows and films, including “Brothers” and “Think Like a Man Too.”

WWE extends its condolences to Gaspard’s family, friends and fans.”

UPDATE 5/20/2020 10:00 AM: Shad Gaspar has been found dead, according to TMZ Sports. The L.A. County Coroner has identified a body discovered on L.A.’s Venice Beach as belong to the ex-WWE Superstar. The body, TMZ Sports reports, was first discovered by a citizen around 1:30 AM on Wednesday (May 20.) Officers responded to the call and recovered the body near Venice Pier. In the early hours afterward, the Los Angeles Fire Department held a news conference, saying that body matched Shad’s description: a 6’6 black male who was over 240 lbs.

Our thoughts are with Shad’s family, friends, and fans during this time.

Original: Officials are searching for former WWE wrestler Shad Gaspard, who went missing after going swimming at Venice Beach on Sunday, May 17, according to TMZ Sports. Gaspard and his wife, along with their 10-year-old son were enjoying a day at the beach when the athlete and his son were reportedly caught in a riptide in the ocean. Lifeguards were reportedly able to save the child, however, Gaspard remains missing, TMZ reports. Learn more about Shad with these five quick facts, below:

1. Shad Gaspard was last seen in a pair of dark swim shorts at Marina Del Rey Beach. — His wife, Siliana Gaspard shared a missing person flyer to her Instagram Stories that stated Shad’s height (6’7″) and weight (265 lbs) on Sunday. Siliana, who also posted the fly on her husband’s Instagram Story, is urging anyone who has seen him to call 911 or DM the family.

2. He is a professional wrestler, writer and actor from California. — Born in Brooklyn, New York on January 13, 1981, Shad is best known for his time with WWE and garnered the ring name, “Da Beast.” He made his professional wrestling debut in 2002 and was called up to the WWE as part of the Cryme Tyme tag team alongside JTG. In 2010, Shad was released by the WWE.

3. Shad began acting after his release from the WWE. — He has worked in both film and television, and he’s done stunts on movies such as, Black Panther. His other film and television roles include: Think Like a Man Too (2014), Get Hard (2015), The Game (BET 2012), and From Dusk till Dawn: The Series (2014). He is also the co-creator of the graphic novel, Assassin & Son.

4. He is a son, brother, husband and father. — His wife, Siliana is a fitness model and athlete. They welcomed their first child together, a boy, in 2010. The family, who celebrated their son’s 10th birthday on April 22, currently resides in California. Shad has shared posts about his sister and mother on Instagram.

To My Son. I want you to believe deep in your heart that you're capable of achieving anything you put your mind to that. YOU WILL NEVER LOSE. You either win or learn just go forth and aim for the skies. I can't promise to be here for the rest of your life but I can promise to love you for the rest of mine. Mi stima bo❤️❤️❤️ . . . . . . . . . #Boxing #Kickboxing #MuayThai #Wrestling #MMA #RealFathers #RealMan #BlackFather #BlackMen #Haitian #Curaçao #haiti #Caribbean #WestIndian #CaribbeanKid #IslandWarrior 🗣 #SakPase 🙌🏾🙌🏾

5. Shad is also a boxer, kick boxer, and Muay Thai fighter. — The latter is according to his Instagram bio. In other videos and photos posted to his account, Shad can be seen passing down his pro fighting knowledge to his son. Other posts include positive affirmations and fitness content.