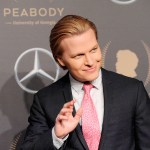 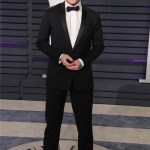 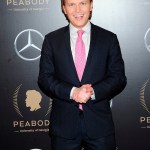 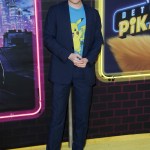 Ronan Farrow, 31, has worked for NBC News for most of his journalistic career, but that never made him afraid to search for the truth. With the release of his latest book, Catch and Kill, in October 2019, Ronan dug deep into the sexual assault allegations against Matt Lauer, that got him fired from the same network during the #MeToo movement — and uncovered a new one. One so bad that his former Today show co-hosts Savannah Guthrie and Hoda Kotb, said they were “disturbed and appalled.” Learn more about the work that Ronan’s doing, and the man himself:

1. His Harvey Weinstein report helped take down one of the most powerful men in Hollywood. Ronan had a groundbreaking report in his lap that would change the face of Hollywood as we know it, but NBC News, where he works as an investigative reporter, wouldn’t let him run it. So he took his piece, which details claims by actresses like Asia Argento and Rose McGowan, that mega-producer Harvey Weinstein allegedly assaulted or harassed them, to The New Yorker. Since publishing the article in November 2017, dozens of women, including Gwyneth Paltrow and Angelina Jolie, have come forward with their own Weinstein claims. Weinstein was later arrested and charged with with first-degree and third-degree rape and committing a criminal sexual act in the first degree on May 25, 2018, after surrendering to police in NYC; he had allegedly forcing model Lucia Evans to perform oral sex on him in 2004.

The disgraced Hollywood mogul was arraigned and made agreements to wear an electronic ankle monitor, pay a $1 million bail, and not leave the states of New York and Connecticut. A lawyer told HollywoodLife at the time that if convicted, he could face up to 20 years in prison.

2. His 2019 book, Catch and Kill, details new sexual assault allegations against former Today show host Matt Lauer. Matt was fired from NBC two years ago after he was accused of sexual assault and harassment by multiple women at the company. Another former NBC employee, Brooke Nevins, came forward in Ronan’s book, released in October 2019. Brooke accused Matt of anally raping her in his hotel room during the 2014 Sochi Olympics. Matt denied the allegation in a lengthy statement via his lawyer to our sister site, Variety, writing, that they did have sex, but it was fully consensual.

“The story Brooke tells is filled with false details intended only to create the impression this was an abusive encounter,” his statement reads, in part. “Nothing could be further from the truth. There was absolutely nothing aggressive about that encounter. Brooke did not do or say anything to object. She certainly did not cry. She was a fully enthusiastic and willing partner. At no time did she behave in a way that made it appear she was incapable of consent. She seemed to know exactly what she wanted to do.” You can read Matt’s full statement HERE.

Brooke responded to his denial statement the same day on NBC Nightly News. “There’s the Matt Lauer that millions of Americans watched on TV every morning, and there is the Matt Lauer who this morning attempted to bully a former colleague into silence,” she said. “His open letter was a case study in victim blaming. I am not afraid of him now. Regardless of his threats, bullying and the shaming and predatory tactics I knew he would (and now has) tried to use against me.”

3. He worked for the Obama administration before going into journalism. Ronan had an impressive career in politics before switching to investigative reporting. At just 21 years old, he served as former President Barack Obama‘s Special Adviser for Humanitarian and NGO Affairs in the Office of the Special Representative for Afghanistan and Pakistan. Under diplomat Richard Holbrooke, he was responsible for “overseeing the U.S. Government’s relationships with civil society and nongovernmental actors” in Afghanistan and Pakistan. Ronan became Secretary of State Hillary Clinton‘s Special Adviser for Global Youth Issues and Director of the State Department’s Office of Global Youth Issues in 2011. He was a Rhodes Scholar at Oxford University to study international relations, but ultimately decided he was better suited for journalism.

4. He’s an investigative correspondent with MSNBC and NBC News. Ronan had his own show on MSNBC from 2013 to 2014, called Ronan Farrow Daily. Since then, he’s worked for NBC News, reporting for programs like Morning Joe, the Today show, and NBC Nightly News. He has an investigative segment on Today called  “Undercover with Ronan Farrow”. He’s also written for Hollywood Reporter, The Guardian, The Wall Street Journal, The Atlantic, and Los Angeles Times.

5. He backed his older sister, Dylan Farrow’s claims that their father, Woody Allen, molested her when she was a child. Dylan published an open letter about her allegations in the New York Times, saying that charges were never filed at the time because the prosecutor didn’t want to put her through a trial. Ronan later wrote about it for Hollywood Reporter. Ronan and Dylan disputed allegations by Allen that she was persuaded by their mother, Mia Farrow, to make up the molestation claims to get back at Allen for their split. Ronan was already estranged from his father, whom he couldn’t forgive for marrying his half-sister (and Allen’s stepdaughter), Soon-Yi Previn. “He’s my father married to my sister,” he said in a 2013 interview with Life. “That makes me his son and his brother-in-law. That is such a moral transgression.”