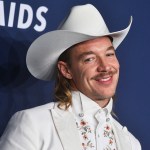 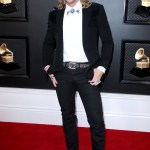 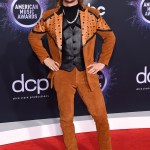 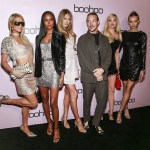 A 19-year-old TikTok star named Quenlin Blackwell shocked fans when she claimed that she’s ‘living with’ Diplo. However, he set the record straight about the situation on Twitter.

“I live with Diplo right now and he supports my endeavors,” Quenlin Blackwell, 19, recently said in a TikTok video. The admission prompted some concern from fans, who were wondering why the 19-year-old was living with a 41-year-old producer. On Oct. 25, Quenlin took to Instagram to shut down any criticism of her living arrangement, and explained that there was nothing ‘creepy’ going on between herself and Diplo.

“I’m an adult. I’m not being groomed. Platonic relationships exist,” she wrote. “I’ve been living here for over a year…I’d rather break both my legs and be forced to walk than pursue Diplo romantically and he’d rather choke. He’s barely in LA because he’s so busy. Diplo has given me the opportunity and the security to create. Diplo and his team are my mentors in LA and they are my safety net. Diplo and his team have saved me numerous times from weirdos in LA. My parents trust him. I trust him. Y’all are making me feel icky. Diplo is my LA dad…nothing more.” More to know about Quenlin below.

1. Diplo’s actually her landlord. On the evening Oct. 25, Diplo also took to social media to further explain what’s going on between him and Quenlin. “Ok so I rent one of my properties to [Quenlin Blackwell],” he tweeted. “And yes I use that studio that is in that building. Her social media is sarcastic and chaotic and I can see you can get a twisted idea but there is nothing but a friendship between us. As a landlord I don’t really consider age or race as a qualification. U just gotta pay security deposit. And don’t poke holes in my walls or ruin my carpet.”

OK so I rent one of my properties to @quenblackwell. And yes I use the studio that is in that building. Her social media is sarcastic and chaotic and I can see you can get a twisted idea but there is nothing but a friendship between us.

Additionally, Diplo responded to a fan who asked what he had in common with a 19-year-old that would warrant a friendship. “We made music together,” the 41-year-old replied.

2. She started her social media career on Vine. Before TikTok, there was Vine, which is where Quen started out. She was just 12 years old when she made her account in 2013, and she had 500,000 followers when the app eventually shut down. Now, Quen continues to make videos on YouTube, while also using TikTok to create content.

3. She has a boyfriend. Quen has been dating her boyfriend, Parker, since 2019, and she often shares photos of him on her Instagram. In August, she shared a photo with her man, which she captioned, “So in love.”

4. What do her videos consist of? The majority of Quen’s online videos are beauty-focused, as she shows off different makeup looks and more. However, there are also a variety of comedic videos on Quen’s pages, as well.

5. She has some celeb fans! Quen has more than 1 million followers on Instagram, including celebrities like Bella Hadid and Halsey.