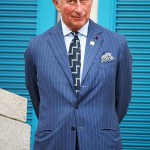 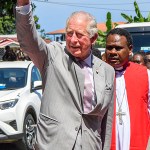 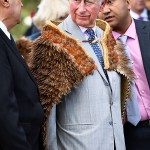 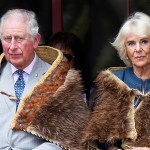 Even the Royals aren’t immune to the coronavirus pandemic. Prince Charles, Harry’s father, has contracted COVID-19. As he goes into quarantine, here’s what you need to know.

Prince Charles tested positive for coronavirus, according to a Mar. 25 statement from the British Royal family, per The Guardian. The 71-year-old has been “displaying mild symptoms but otherwise remains in good health and has been working from home throughout the last few days as usual.” Camilla, the 72-year-old Duchess of Cornwall “has also been tested but does not have the virus. In accordance with government and medical advice, the prince and the duchess are now self-isolating at home in Scotland. The tests were carried out by the NHS in Aberdeenshire where they met the criteria required for testing.” As of Monday, March 30, Prince Charles is no longer in self-isolation. After spending seven days in self-isolation at his his home, Burnham, on the Balmoral Estate in Scotland following his positive diagnosis, Prince Charles no longer has to remain in self-isolation as he continues to practice the necessary precautions set forth by the United Kingdom.

Doctors believe the earliest he would have been contagious was Mar. 13. He last saw Queen Elizabeth II the day before, following an investiture. That day also marked his last public engagement, but he’s had private meetings since then. “It is not possible to ascertain from whom the prince caught the virus owing to the high number of engagements he carried out in his public role during recent weeks,” the statement read. As for his mother, the 93-year-old Queen, Her Majesty “remains in good health. The Queen last saw the Prince of Wales briefly on the morning of 12 March and is following all the appropriate advice with regard to her welfare.”  As Prince Charles recovers, here’s what you need to know about him.

1. Prince Charles was born at Buckingham Palace. He was the first grandchild of King George VI and Queen Elizabeth. He attended school at Cheam and Gordonstoun Schools, which his father, Prince Philip, Duke of Edinburgh, had attended as a child. Charles broke royal tradition when he proceeded straight to university, rather than joining the British Armed Forces. In October 1967, he was admitted to Trinity College, Cambridge, where he read anthropology. During his second year, Charles attended the University College of Wales in Aberystwyth, where he studied Welsh history and language for a term. He graduated from Cambridge with a 2:2 Bachelor of Arts on June 23, 1970, the first heir apparent to earn a university degree. On August 2, 1975, he was awarded a Master of Arts degree from Cambridge.

4. He’s been the subject of negative press. As you may know, Prince Charles has been the subject of public scrutiny since he married Camilla Parker Bowles, who became the Duchess of Cornwall, on April 9, 2005. While the couple just celebrated their 13th wedding anniversary, their love affair has spanned several decades. The couple was accused of having an affair while Charles was married to the late, iconic Princess Diana, Prince Harry, and Prince William’s mother. As a result, Camilla has never been entirely accepted by the British people, according to multiple reports. He first married Diana in 1981. As you may know, Diana was killed in a car crash in Paris the following year.

The news came one day after Meghan confirmed that her father, Thomas, 73, could no longer attend the royal nuptials as planned because he underwent successful heart surgery. “Sadly, my father will not be attending our wedding. I have always cared for my father and hope he can be given the space he needs to focus on his health,” Meghan said in a statement via Kensington Palace on Thursday, May 17. “I would like to thank everyone who has offered generous messages of support. Please know how much Harry and I look forward to sharing our special day with you on Saturday.”