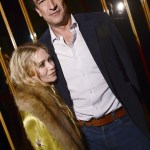 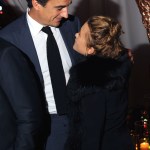 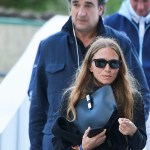 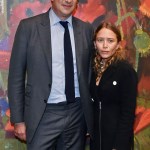 Pierre Olivier-Sarkozy is making headlines due to surprising details surrounding his reported split from Mary-Kate Olsen. Now, learn even more interesting facts about Olivier himself!

Pierre Olivier-Sarkozy and Mary-Kate Olsen’s relationship was heavily reported in 2012, thanks to their nearly two-decade age difference. Eight years later, Olivier, 50 (who often goes by his American name, Oliver) and Mary-Kate, 33, are making headlines again for a much different reason: Mary-Kate is reportedly rushing for a divorce. The Full House star apparently signed a petition for divorce on April 17, 2020, according to TMZ — to no avail. With New York courts shutting out divorce filings that aren’t deemed emergencies amid the city’s coronavirus emergency, Mary-Kate reportedly stepped up her game. She filed for an emergency order to let her file for divorce (which included a request for their prenuptial agreement to be “enforced”), according to court documents that TMZ have read. HollywoodLife has not personally reviewed these documents, and can not confirm the reporting at the moment; we’ve reached out to Mary-Kate’s rep for comment.
As for why Mary-Kate is now making this an emergency, Olivier has allegedly given the fashion designer a May 18 deadline to move all of her belongings out of their shared apartment in NYC, according to the documents that TMZ read. “She claims Pierre is trying to force her out, because he terminated their lease without her knowledge. She says she’s been asking Pierre to give her until May 30, but claims he hasn’t responded,” the outlet reported. Mary-Kate can’t meet her ex’s deadline because of “quarantine guidelines in the city,” and a divorce petition would protect her belongings, TMZ further reported. Now, learn more about Olivier amid his divorce drama with Mary-Kate:
1. Olivier is a French banker. He has held a number of high positions in investment banking. Olivier founded Further Global Capital Management in 2017, a private equity firm in which he serves as Managing Partner and Chairman of the Investment Committee. Olivier also held high executive positions in The Carlyle Group and the UBS Investment Bank.2. His half-brother was the president of France. Pierre shares the same father (Hungarian immigrant Pal Sarkozy de Nagy-Bocsa) with Nicolas Sarkozy, who served as France’s president between May 2007-May 2012. Olivier has two other half-brothers.

3. Olivier was married for 14 years before romancing Mary-Kate. Long before the actress came along, Olivier had an established family life. He tied the knot with French freelance fashion writer and children’s books author Charlotte Bernard in the 1990s, and they went on to welcome two children: Margot and Julien (Mary-Kate became their stepmom later). Pierre and Charlotte split in 2010, and finalized the divorce the very next year.

4. Olivier began dating Mary-Kate in 2012. They were photographed on a handful of PDA-filled outings in NYC that year (they were pictured twice cuddling in Madison Square Garden while watching the New York Knicks play). The romance made headlines due to Pierre and Mary-Kate’s roughly 17-year age difference — Mary-Kate was only 26 years old at the beginning of the relationship, while Pierre was 42. Regardless, the lovers went on to marry each other in 2015.

5. He shares an alma mater with Prince William. Surprisingly, the money-savvy banker actually earned his MA in medieval history from St. Andrews University in Scotland — the very same institution where Prince William and Kate Middleton met!