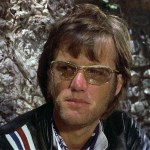 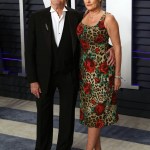 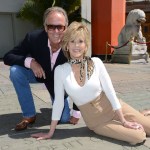 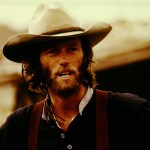 A Hollywood legend is gone with sad passing of Peter Fonda, star of the 1969 counter-culture biker film ‘Easy Rider’ and brother of Jane Fonda. We’ve got five things to know about the late actor.

A true Hollywood icon has passed away, as actor Peter Fonda has died following respiratory failure due to lung cancer at the age of 79 on Aug. 16. He was the son of late Oscar winner Henry Fonda, the younger brother of actress Jane Fonda, 81, and the father of actress Bridget Fonda, 55. “Peter Fonda, 79 years old, passed away peacefully on Friday morning, August 16th at 11:05am at his home in Los Angeles surrounded by family. The official cause of death was respiratory failure due to lung cancer,” his family revealed in a statement to HollywoodLife.com. “In one of the saddest moments of our lives, we are not able to find the appropriate words to express the pain in our hearts. And, while we mourn the loss of this sweet and gracious man, we also wish for all to celebrate his indomitable spirit and love of life. In honor of Peter, please raise a glass to freedom.”

Sister Jane released the following statement: “I am very sad. He was my sweet-hearted baby brother. The talker of the family. I have had beautiful alone time with him these last days. He went out laughing.”

1. While he was born in New York City, Peter went back to his dad Henry’s hometown of Omaha, NE to study acting.

He attended the University of Nebraska and participated in theater at the Omaha Community Playhouse, where his legendary thespian father began his onstage career.

2. Peter became a counter-culture figure in the 1960’s after shunning leading man status.

He grew his hair long and admittedly took the hallucinogenic drug LSD.  He befriended members of the bands The Byrds and The Beatles. It ended up turning his acting career in a new direction with the ever-changing 1960’s.

He used his motorcycle riding skills in Corman’s 1966 film The Wild Angels. The film was a massive hit and the duo followed it up with 1967’s The Trip about LSD use written by Jack Nicholson and co-starred Dennis Hopper. The latter two men would be instrumental in his next big career move.

He played Captain America opposite Dennis’ Billy and Jack’s George as they rode their choppers across the U.S. encountering intolerance to their counter-culture lifestyles along the way. The film was a smash and garnered Oscar nominations for Jack as Best Supporting Actor and Peter for Best Original Screenplay. It also made Steppenwolf’s song “Born to be Wild” from the film’s soundtrack a massive hit. Peter would later get his second Oscar nomination as Best Actor in 1995 for Ulee’s Gold.

5. Peter continued his acting career well into his final years.

He’ll next be seen in the Sebastian Stan and Samuel L. Jackson led war drama The Last Full Measure, which will be released on October 25, 2019. He also appeared on episodes of Hawaii 5-0, The Blacklist and CSI: NY. Peter was featured as himself showing off his motorcycle skills in a 2016 episode of Ride with Norman Reedus alongside The Walking Dead star.