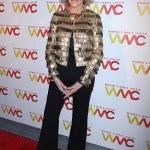 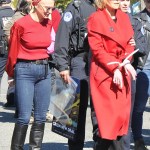 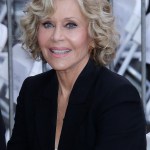 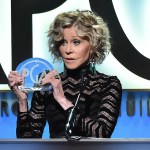 Legendary actress Jane Fonda is loved by many for her nearly 70-year Hollywood career. She opened up about her health battles in a new interview.

While Jane Fonda, 81, has been making people laugh for decades, the actress opened up in an interview with British Vogue about her “ongoing” health issues. “I’ve had a lot of cancer,” Jane said. “I was a sun-worshipper. When I have a day off, I frequently go to my skin doctor and have things cut off me by a surgeon.”

Jane remembered the 2016 Golden Globes, in which she was nominated for Best Supporting Actress in the drama film Youth. “I get out of the car and I have the strange white dress with all the ruffles? That’s because I’d just had a mastectomy and I had to cover my bandages.” When asked about her cancer diagnosis now, she replied, “It’s an ongoing process,” Jane said. “So there’s that.”

The actress joked in the past with her Netflix Grace And Frankie costar Lily Tomlin, 79, on an Instagram post in January 2018, following Jane’s cancer removal and covering her lip to hide her bandages. Even so, Jane has continued working, despite her health struggles.

“The fact that I hurt a lot – my body hurts – is a surprise to me, and it’s not because of all that working out,” Jane said about Osteoporosis. “It’s genetic. My father [Henry Fonda] had it, my brother [Peter Fonda, 79] had it. Your cartilage disappears and then it’s bone on bone, and then ‘ow.’ But we live in a time where you can just get a new one.”

The fifth season of Grace And Frankie was released on Netflix in January 2019 – and the show was renewed for another season. We wish the best for Jane as she continues to navigate her health and career. We’re rooting for you, Jane!