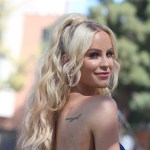 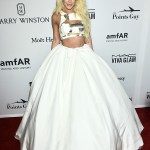 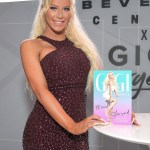 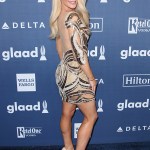 Nats Getty, who’s married to YouTube star Gigi Gorgeous, came out as transgender and non-binary on Jan. 20. The designer shared the news in a post on Instagram alongside a topless photo with Gigi.

Nats Getty took to social media on January 20, to share an important message with the world: “I am transgender and non-binary,” the 28-year-old designer wrote in a note on Instagram. Non-binary is used to describe people who feel their gender cannot be defined within the margins of gender binary definitions of a man or woman, via LGBT Foundation. In the statement, Nats shared, “I’m still taking time to discover my most authentic self and which pronouns best suit me.” Nats, who underwent “top surgery,” revealed a post-surgery scar in a photo with partner Gigi Gorgeous (née Gigi Lazzarato), who is transgender.

“So I decided to start my physical transition and get top surgery. This surgery is something I have wanted for years and I can’t believe I will finally have the chest I have always dreamed of,” Nats revealed after explaining, “I have spent my entire life not in sync with the body I was born with and confined by an outwardly appearance that did not match my mind or soul. It wasn’t until recently that I was even comfortable admitting this to myself, once I was able to look inwards and truly reflect on my authentic self.”

Gigi shared support for Nats alongside another topless shot of the two on Instagram. “Can’t even begin to express how happy, proud and in awe i am of you, Nats,” the internet personality, 28, wrote in the caption of her post. Learn more about Nats Getty, below:

Nats Getty (née Natalia Williams, born on November 30, 1992) is a former model and currently a designer from Los Angeles, CA. Nats is the great-grandchild of oil tycoon J. Paul Getty. The businessman, who founded Getty Oil in 1942, was named the richest living American by Fortune magazine in 1957. Nats is also the cousin of actor Balthazar Getty, who has starred in various films and television series, including Lord of the Flies and White Squall. Nats was born in Santa Monica, CA, and later moved to England with family.

After Nats came out as transgender and non-binary, the spouses shared the same swipe-up link to a video on Gigi’s YouTube channel titled, “Nat’s Journey.” The 16-minute clip shares never-before-seen images and footage from Nat’s top surgery, which took place in San Francisco, as well as intimate moments between the couple during Nats’s recovery. “Thank you for coming on this journey with Nats and I with love and positivity,” the video’s description reads.

In a statement at the beginning of the video, Nats shares: “I’m allowing myself time with my new body to decide what pronouns best suit me. During this time, some people refer to me as she/her and I don’t find it insulting because I am still on my journey of figuring out what pronouns work for me.”

3. When Did Nats Getty & Gigi Gorgeous Get Married?

In July 2019, Nats and Gigi tied the knot in a beautiful outdoor ceremony, which took place at the Rosewood Miramar Beach in Montecito, California. Gigi wore a stunning gown by Michael Costello, and Nats donned a stylish suit by Strike Oil (the designer’s own label… see No. 4!). The couple, who began dating in 2016, said “I do” in front of about 220 guests. The nuptials occurred after Nats proposed in Paris, France in March of 2018.

Nats founded Strike Oil, which seems to be a play off of the family’s success in the oil industry, in 2018. Each item is made in the USA and features T-shirts, hoodies, tank tops, pants, shorts, socks and more. The description on the label’s official website states: “STRIKE OIL is a Los Angeles based design venture bridging the gap between luxury and streetwear. Strike Oil is wholly inclusive and driven by quality. STRIKE OIL channels rebellion and altruism with a commitment to subverting the status quo in favor of limitless creativity.”

5. Nats Getty Is An Advocate For LGBTQ Rights.

Nats has worked with GLAAD, as well as alongside family members to give new infrastructures to the Los Angeles LGBT Center. Additionally, Nats painted a mural in honor of the 49 victims of the 2017 nightclub shooting that occurred at the gay bar and dance club Pulse in Orlando, FL. The finished product was displayed in front of the club.