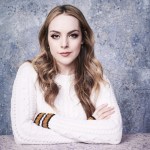 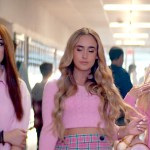 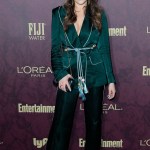 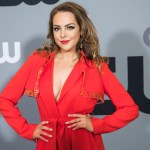 Congratulations to Liz Gillies and Michael Corcoran! The ‘Dynasty’ star just tied the knot with the music composer in an ultra-small ceremony. Here’s five facts you should know about her handsome husband.

Time to celebrate! Dynasty and Victorious star Liz Gillies, 27, announced on Instagram that she and fiancé Mike Corcoran secretly married in New Jersey on August 8. The couple were originally set to say “I do” on April 25 — their french bulldog, Otis’ birthday — but the pandemic derailed their plans. Instead, they wed in front of just 10 loved ones near Liz’s hometown after traveling up from Atlanta in an RV! Here’s what you should know about Mike, 47, the man who stole the actress’ heart:

1. He produced and wrote tons of music for Nickelodeon shows. Yes, that includes Victorious, the show Liz starred on for four seasons. He co-wrote “5 Fingaz to the Face,” “L.A. Boyz,” “Freak the Freak Out,” “The Countdown,” “Whatever My Love,” and the theme song for the show. In addition, he wrote and produced music for iCarly, iParty with Victorious, and Harvey Danger, Zoey 101, Drake and Josh, and The Troop. Over at the Disney Channel, he composed music for Shake It Up.

2. He also performs, composes, and produces under the alias Backhouse Mike. He also has a band of the same name. They performed on iCarly at one point, and their song “Take Me Back” appears on the show’s soundtrack. They also appeared on the final episode of Zoey 101 as the punk band Backflesh.

DID EVERYONE KNOW LIZ IS ENGAGED TO BACKHOUSE MIKE @lizgillz CARE TO EXPLAIN THIS TO ME PLEASE B4 I LOSE MY MIND!!! HOW THE FUCK DID I NOT KNOW @lizgillz Is engaged Thank u @grant_show for telling us she is engaged!!! @lizgillz #lizgillz #backhousemike #engaged #stuckwithyou #grant show

3. He was in Drake Bell’s band. Along with creating music for Drake and Josh, Michael produced Drake’s first two solo albums, Telegraph and It’s Only Time. He also performed as a member of Drake’s band, both on the albums and on tour. Notably, he provided bass guitar, lead and rhythm guitar, keyboards, percussion, and backing vocals.

4. He composed commercials in the 1990s. Under his pseudonym Backhouse Mike, he created jingles for commercials with his collaborator C.J. Abraham. Professionally, they were known as Backhouse Mike & The Super Chris.

5. He proposed after moving to Atlanta to be with Liz. After Dynasty was picked up for a third season, Liz “not-so-subtly” suggested that Michael move to Atlanta to live together full-time,” she told Vogue. Not only did Michael agree to leave Los Angeles behind, but he had another major milestone planned upon his arrival.

“When we got there, he started leading me down to the backyard,” Liz said. “I had no idea what he was doing. All of a sudden he got down on one knee and proposed to me right there. I was totally surprised. It was a perfect proposal.”