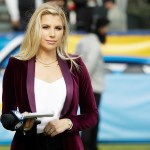 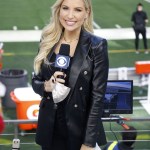 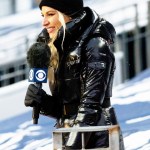 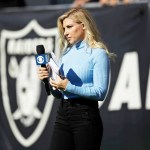 Melanie Collins was recently spotted hanging out with Alex Rodriguez during a lunch date in St. Tropez. Here are five things to know about her.

All eyes have been on Melanie Collins ever since she spent time with Alex Rodriguez, 45, during a recent vacation in St. Tropez. Although the former New York Yankees player and NFL reporter sat down for a luxurious group lunch together in the popular French Riviera location, a source told Page Six, they’re “just friends.” Another source told the outlet that she’s expected to attend Alex’s 46th birthday festivities with more of his family and friends on July 27.

Here are five things you should know about the new lady in the recently single star’s life.

In addition to reporting for CBS Sports, she’s also a Golf Channel host.

The successful businesswoman hosts Big Break and Driver vs. Driver and is also a fill-in for SportsNation on ESPN. Some of her earlier experience includes working as a sideline reporter for College Football and College Basketball on CBS Sports Network, according to her website. She was also “the face of Yahoo Sports” and reported on major events such as the Winter Olympics, FIFA World Cup, Super Bowl, and NCAA Football National Championship. 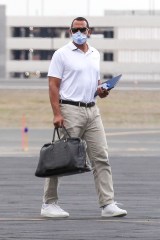 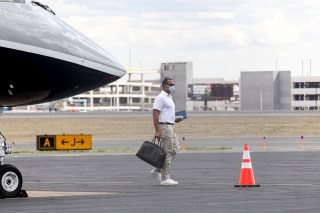 Before that, she spent time covering for the NBA for NBA-TV and Turner Sports, College Football and Basketball for the Big Ten Network and Total College Sports, as well as Major League Baseball for MLB.com.

They were introduced by country singer Jessie James Decker and her husband, Eric Decker, Page Six reported. They were all reportedly hanging out on the recent St. Tropez trip. “Alex has been hanging with friends and family on the trip, including Eric and Jessie James Decker. Melanie is good friends with them,” a source told the outlet. “They’re all friends and she’ll be at his [birthday] party.”

Instagram pics showed Melanie sitting next to Alex and their other friends during their headline-making lunch on the trip. One pic shows them appearing to have a friendly chat while another showed her checking her phone while he talked to another friend.

She has an impressive education.

Melanie graduated from the John Curley Center for Sports Journalism at The Pennsylvania State University and earned a B.A. in Broadcast Journalism. She is also “currently earning a second degree in Interior Design from the New York Institute of Art and Design,” her website shares.

The blonde beauty shares various photos and videos of herself rocking some of the most stylish outfits, like the one above, and has gained quite a large following on social media. Whether she’s on the football field or enjoying a bash with close friends, she always manages to dress to impress. She’s also showed off some epic swimsuits while enjoying the summer sun.

She’s interviewed some of the biggest sports stars during her career.

Many of them include incredible NFL players like Patrick Mahomes II, James White, and Kirk Cousins, who she’s shared Instagram pics of. She’s also interviewed other legendary athletes like the late Kobe Bryant.