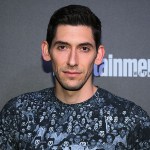 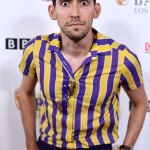 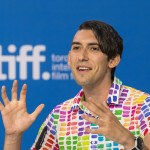 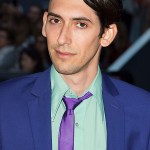 Writer and director Max Landis has been accused of doing ‘horrific and inhumane things’ by his ex-girlfriend, actress Whitney Moore. Learn more about Max, and the allegations, here.

Whitney Moore has come forward with shocking allegations about her ex-boyfriend, Max Landis. The actress wrote an absolutely heartbreaking post on Twitter, in which she explained that, although she defended Max in the past, she felt it was finally time to come forward about the way he’s allegedly been “hurting people behind closed doors.” This is not the first time accusations like this have been hurled at Max — in Dec. 2017, several women claimed that he had a history of sexual misconduct on Twitter. When his career began taking off at the beginning of 2019, the allegations resurfaced. Here’s more to know:

1. Here’s what Whitney’s statement on Twitter said. “I never thought I would say anything publicly about the things Max Landis did to me because I believed that forgiveness was the correct way to heal,” Whitney wrote on Twitter. “I even defended him, for so long, because I truly believed he was getting better and that the ways he tortured me was isolated to our relationship. I thought there was no point in sharing the horrific, inhumane things he did to me because publicly condemning someone who is working on themselves is unproductive.”

“Now I know that this was a lie; he never got any better,” Whitney added. “He hid behind his friendship with me and several other good people so he could continue hurting people behind closed doors and not be questioned.” One of her followers asked her if she was okay. She responded in a tweet, “SO good. Living my life and surrounded by people who love me.”

a dam has been broken pic.twitter.com/EecgfgUfY9

2. An anonymous woman, identified only as The Colour Society Reject, made similar accusations about Max in a now-deleted post for ‘Medium’ in 2019.  In the post, reported on by multiple outlets at the time, the anonymous woman described a trip she took with Max, a friend, to California several “years ago.” While on the trip, she said that Max allegedly tried to forcefully initiate sex while she was intoxicated, despite her repeatedly telling him, “This is a really bad idea. Stop. Please, no, this is a really bad idea. No, stop.” Eventually, the author said she “went limp and pretended to pass out,” and Max then “got off of me and rolled over, and then he fell asleep spooning me.”

The author said that she remained friends with Max “for some time” after the alleged incident. She also included screenshots of Facebook conversations between herself and Max in which they discussed the alleged incident. Max said that he believed they were only “wrestling,” and described it as “maxing half a move, and getting [his] signals really crossed.” More than ten people have now accused Max of sexual misconduct in the last year and a half.

3. He is the son of famed director John Landis. John, 68, is a prolific director best known for films like Animal House, The Blues Brothers, An American Werewolf in London, and Coming to America. He also wrote Michael Jackson‘s iconic “Thriller” music video.

4. He’s the writer and director of several high-profile films and comic books. Max wrote films like Me Him Her, which he also directed, Victor Frankenstein, Mr. Right, Bright and more. He is also a credited writer on television shows like Masters of Horror and Channel Zero, and comic books like Superman: American Alien and Green Valley.

5. He’s admitted to mental health issues. Max previously confirmed to Buzzfeed that he suffers from Cyclothymia, a disease which involves periods of symptoms of depression and hypomania.

HollywoodLife reached out to Max Landis’ rep for comment, but did not hear back as of press time.