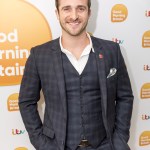 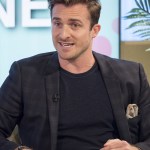 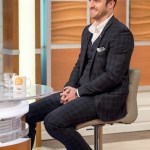 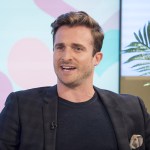 Camila Cabello has reportedly parted ways with boyfriend Matthew Hussey, whom she had been dating since Feb. 2018! Her lover turned ex is quite the expert in dating, however.

UPDATE (6/25/2019, 9:30 p.m. ET): Camila Cabello, 22, has reportedly split from British relationship coach Matthew Hussey, 32, according to a report from The Sun on June 25 (People also confirmed this). Camila and Matthew dated for more than a year — since Feb. 2018, to be exact — after first meeting on the set of the TODAY show. Just four days prior to the breakup news, Camila dropped a sexy music video with Shawn Mendes, 20, for their track “Señorita.” Here’s what you should know about the dating expert Camila has reportedly parted ways with.

ORIGINAL STORY (June 2018): It appears that Matthew Hussey‘s dating “Havana” singer Camila Cabello, who, at 20, is ten years younger than him. Hey, the heart wants what it wants! It’s unclear when the two started dating, but it’s been going on for awhile. In Jan. 2018, Camila told Beats 1 radio host Zane Low that there was “maybe” a new man in her life. “Now it’s a lot of loving,” she said.

1. Camila and Matthew were spotted frolicking on the beach together and kissing in Cabo San Lucas, Mexico, on Feb. 9, 2018. In photos taken of the couple, Matthew is seen wrapping his arms around her from behind while she grabs his hand as they’re sprayed with surf. In another, they’re kissing deeply. Aww!

2. He’s a dating and life coach: No wonder he was able to snag Camila! Aside from being extremely handsome and dashing, Matthew knows a thing or two about love. He’s a revered dating, relationship, “human dynamics,” and life coach frequently sought out for his expert advice. He even does events where you can see him in person.

3. He was a relationship expert on Ready for Love: remember this show? Ready for Love was briefly on air in 2013 before being cancelled after just nine episodes, but it definitely made an impact. The premise of the show, hosted by Bill and Giuliana Rancic, was that matchmakers (including Matthew) found women online to potentially pair with three eligible bachelors. Like The Bachelor, they would eliminate women they didn’t click with, and hopefully find The One. Unfortunately, the show was cancelled before any of that could happen.

4. He’s a relationship advice columnist for Cosmo: dude is busy! Matthew doles out advice for eager Cosmo readers who want to know more about what guys are looking for, how to navigate relationships, and tips for successful dating. His posts are thorough and interesting, and it’s obvious why the column is so popular.

5. He’s an accomplished author: Matthew is the author of the fantastic relationship book Get the Guy: Use the Secrets of the Male Mind to Find, Attract and Keep Your Ideal Man. It’s a mouthful, but it’s worth a read!

HollywoodLifers, do you think Camila and Matthew make a cute couple? Let us know!