The family that fights together, stays together? Here’s hoping that’s true, because Beth Chapman, 51, and Lyssa Chapman, 31, have been going at it while Duane “Dog The Bounty Hunter” Chapman’s wife continues her fight against stage II throat cancer. Beth accused her stepdaughter of not calling her on Mother’s Day and for not inviting her and Dog to their granddaughter’s high school graduation. Lyssa has reportedly tweeted-and-deleted that she did text her Mom and that Duane and Beth had no plans to attend in the first place. It’s all getting ugly, and some fans are getting caught in the crossfire. “Seriously you don’t know s*** so MYOB also idgaf what you think,” Lyssa said to a fan who weighed in on her current drama. “Keep ya stupid comments to yourself.” As this fight gets more intense, here’s the scoop on Lyssa.

1. She’s one of Duane “Dog The Bounty Hunter” Chapman’s twelve kids. Fans might remember seeing Lyssa on Dog The Bounty Hunter, as “Baby Lyssa” joined Dog and various friends and family track down wanted fugitives. She was called “Baby Lyssa” to distinguish her from her mother, Lyssa Rae Brittain. Dog and adult-Lyssa were married from 1982 to 1991 and Lyssa is the ninth of Dog’s twelve children.

2. Lyssa was a teen mom. “I got pregnant at 14,” Lyssa told Fox News in 2016 while promoting her memoir, Walking on Eggshells. “I gave birth the day after my 15th birthday. Right after I had the baby, my mom moved with her boyfriend. Basically, she just stuck us in in a trailer and told us to pay rent. At one point it was just me and my daughter and I was coming up with $500 rent every month by babysitting. I was too young for welfare or a homeless shelter. I really didn’t have many options.” 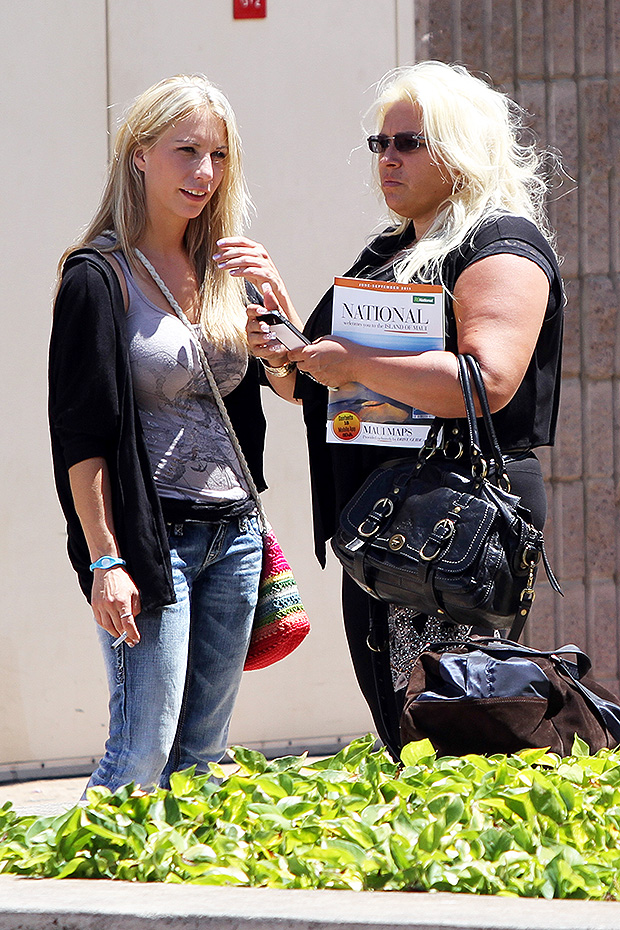 3. She divorced her husband in 2013… Lyssa was married to Brahman “Bo” Galanti, 45, from 2009 to 2011. “She’s in an abusive relationship,” Beth told Radar Online in 2011, after Lyssa filed the papers, “and he’s got to go.” Note: despite these accusations, it appears that there wasn’t an investigation or an arrest. Lyssa has since moved on.

4. …and she’s engaged to Leiana Evensen, a fitness trainer. Lyssa announced her engagement to Leiana Evensen, a fitness trainer in Hawaii, in December 2017. Since then, Lyssa has filled her Instagram with shots of her snuggling, kissing and just loving her fiancée. “A special shout-out to my love,” she wrote on May 25. “Thank you for being my rock. You keep my strong, sane, solid, and satisfied day in and out. I’m not the easiest person to love, but you do it anyway. I have no idea why you put up with my madness, but I thank God every day for you.”

“2019 has been a hectic year so far, and I don’t know how I would have gotten through it all without your support,” she added. “You make me a better person and mother, and I love you and our blended family more than you could ever know.  You have shown me a new way of life I never knew was possible. I hope to spend the rest of my life, growing and building our legacy together. Thank you, baby, for all that you do for us.”

Related: Dog The Bounty Hunter’s Wife: Everything To Know About His 5 Previous Marriages & New Partner

5. She lives in Hawaii. And judging by all the photos she puts to her Instagram, she loves every minute there.