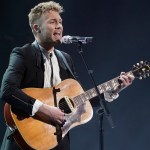 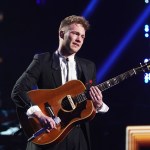 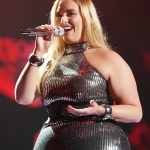 On the April 19 episode of ‘American Idol,’ Louis Knight will be one of 10 contestants to return from last season for another shot at winning!

Ten artists from season 18 of American Idol are returning to the stage during season 19’s April 19 episode. Louis Knight is one of the ten singers who will perform for the judges and America once again. After the performances, just one of the artists will be voted through to join the remaining nine singers from season 19 in the top 10. He or she will continue in the competition as a season 19 contestant.

Louis was definitely a fan-favorite contestant during season 18, who wowed the judges and viewers week after week. Of course, there were plenty of talented artists on the show — including Arthur Gunn, Nick Merico and Makayla Phillips — who are also coming back for their second chance, so Louis will have some tough competition. Ahead of his return to the Idol stage, get to know more about Louis here:

1. How Far Did Louis Knight Make It On ‘American Idol’?

On season 18 of American Idol, Louis made it to the top 7. That week, he performed “Can You Feel The Love Tonight?” by Elton John and “You’ve Got A Friend” by Carole King. Unfortunately, he did not receive enough votes to move onto the top 5 with his performances. Season 18 of Idol was quite unprecedented, as the coronavirus hit the United States in the midst of live shows, so Louis and his fellow finalists were forced to perform virtually from home.

Throughout his time on Idol, Louis also performed songs like “In My Place” by Coldplay and “If The World Was Ending” by JP Saxe and Julia Michaels. For his audition, he impressed the judges by singing an original song, which he dedicated to a friend who had died.

2. Louis Is A Singer & Songwriter

In addition to being able to sing and connect with an audience emotionally while performing, Louis is also a talented songwriter. His Idol audition song, “Change,” was self-written and is about a friend who died by suicide in 2018. Louis’ music “speaks plainly about his own deeply personal experiences about love, loss, and hope,” according to his website. Since his time on Idol, Louis has begun to release original music, which is available on streaming services. He also dropped his Small Victories EP in 2019, which includes songs titled “Just Kiss Me,” “Window Shopping,” “State Lines,” “Nights Underneath,” and “Change.”

Louis moved to America at a young age. He grew up in London but his family moved to Philadelphia when he was 10 years old. Louis admits the move was an “adjustment” for everyone, but especially for his brother. Upon arriving in the U.S., Louis and his brother, Max, joined a soccer team, which is how they started making friends.

Before coming to Idol, Louis worked as a part-time pizza delivery guy at a local shop in Philadelphia. Now, he’s able to pursue his music career full-time, and has racked up a decent following on social media. On Instagram, Louis has more than 100,000 followers.

In addition to singing, Louis also likes to give back. “Knight’s philanthropic efforts are aligned to all his work both professionally and personally,” his website confirms. “This includes partnering with The American Foundation for Suicide Prevention to help carry the message of hope to those that continue to suffer.”