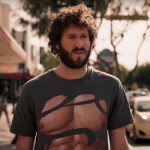 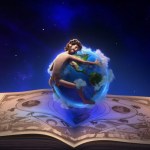 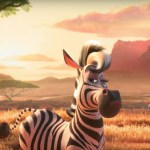 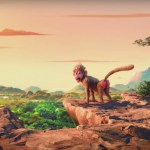 Lil Dicky, 31, has done it again. The rapper, whose real name is David Andrew Burd, has released another viral hit with his “Earth” music video. “Earth” was released on April 19 after exciting teases from celebrities featured on the track. You might be asking yourself: who exactly is Lil Dicky? Well, he’s not just a one-hit wonder.

1. Lil Dicky has teamed up with Justin Bieber, Ariana Grande, and more for a song about climate change. He dropped the “Earth” song and music video on April 19. Both the song and music video are part of an initiative centered around climate change awareness. Justin Bieber, Ariana Grande, Sia, Katy Perry, Halsey, Ed Sheeran, Kevin Hart, Leonardo DiCaprio, and more lend their voices in the music video. The track benefits The Leonardo DiCaprio Foundation, a nonprofit organization dedicated to the protection and well being of all Earth’s inhabitants.

2. He’s had a few viral hits. His song “Ex-Boyfriend” was one the first of his songs to go viral. It got more than 1 million views in 24 hours. His song “Freaky Friday,” which features Chris Brown, became an instant hit. The video has nearly 500,000,000 views on YouTube.

3. A TV series about his life is in the works. FX Networks picked up a half-hour comedy series based on the life story of Lil Dicky in Feb. 2019. The series is co-created by Lil Dicky and Jeff Schaffer. The series is executive produced by Lil Dicky, Jeff Schaffer, Saladin Patterson, Kevin Hart, Greg Mottola, and Scooter Braun. “I’m so thankful for everyone who made this possible, it really is what I’ve been dreaming about since I was a kid,” Lil Dicky said in a statement. “I love making people laugh, it’s my favorite thing ever. And even though I’m still fully in love with and committed to my career as a rapper, I’m excited to write jokes that don’t need to rhyme every time. Ugh, that rhymed.”

4. Lil Dicky got his big break via Kickstarter. Back in 2013, the rapper reached his Kickstarter campaign goal of $70,000, which went towards music production, video, and touring costs.

5. He’s set to perform at a major music festival. Lil Dicky will take the stage at the Bonnaroo Music + Arts Festival in June 2019. The lineup also includes Childish Gambino, Post Malone, The Lonely Island, and more.