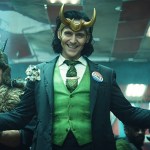 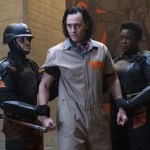 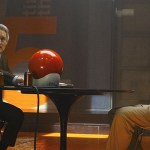 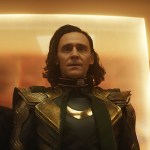 The end of ‘Loki’ episode 2 introduced a game-changing character: Lady Loki. Here’s what you should know about Sophia Di Martino’s role and the rumor she could also be another Marvel character.

The God of Mischief came face-to-face with a female version of himself in the final moments of the June 16 episode of Loki. Loki was on the hunt with the TVA to find the other Loki. When they finally had a chance to speak, Loki asked Lady Loki what her mission is all about. “This isn’t about you,” Lady Loki says.

By the end of the episode, Loki follows Lady Loki into the time portal. This is only the beginning for Loki and his female counterpart. So, who is Lady Loki? What is her history? Here’s what you need to know.

Sophia Di Martino is a British actress best known for her roles in TV shows like Flowers, Casualty, and Election Spy. She’s appeared in several shorts over the years and played Carol in the 2019 film Yesterday. Sophia is in a relationship with Will Sharpe, and they have one child together.

2. Lady Loki is the Variant the TVA is after.

At the end of episode 1, Agent Mobius shocked Loki by telling him that the TVA was hunting… him. Lady Loki was the Variant going from place to place in time stealing reset charges and killing minutemen. It’s unclear what Lady Loki wants, but the captive minuteman did reveal that Lady Loki knows the location of the Time Keepers. Episode 2 ended with Lady Loki setting off all the reset changes she’d stolen and going through a time portal. Back at the TVA, the computers went haywire as she “bombed the Sacred Timeline” and created numerous branched timelines. The TVA warned Loki about this, saying this could cause a multi-versal war.

The character of Loki famously took on a female form in Marvel comics. Loki was reborn as a woman after a disastrous Ragnarok event left the spirits of Asgardians seeking new hosts. Loki stole the body intended for Lady Sif, according to IGN. Loki spent time as a female for a period of time. Lady Loki appeared again in Loki: Agent of Asgard. In this story, Lady Loki didn’t occupy “someone else’s body but was simply a new form that the genderfluid Loki assumed,” according to Bustle.

4. Tom Hiddleston says Lady Loki will be ‘destabilizing’ for Loki.

“She has taken certain characteristics, which are very familiar to me: mischief, playfulness, maybe a little bit of interior fragmentation and some broken emotions in there,” Tom told Decider said about Sophia’s portrayal of Lady Loki. “But [she is] so committed and she made it completely her own. And she did all her own preparation and research and it was such a fun dynamic.” When it comes to how this female version will impact Loki, Tom teased, “I think for Loki, it’d be quite destabilizing.”

5. The female Loki could also be Enchantress.

Enchantress is a character from the Marvel comics. One fan believes that Lady Loki is actually Enchantress after looking at the credits for episode 2. In the credits for the Castilian Spanish dub, Sophia is listed as playing “Sylvie” and not “The Variant” or “Loki.”

#Loki ITS NOT LADY LOKI GUYS… LOOK AT THESE CREDITS FOR THE OTHER LANGUAGE VERSIONS… ITS SYLVIE !!!!!!!! pic.twitter.com/lKofSqUIpw

Sylvie Lushton is the real name of Enchantress. In the Marvel comics, Sylvie becomes a “formidable sorceress that’s empowered by Loki.”