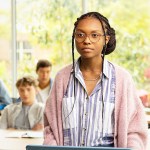 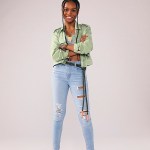 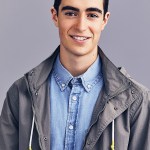 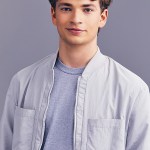 The CW is debuting another epic superhero show. This time, it’ll be led by 17-year-old actress Kaci Walfall, who has a very interesting background.

Introducing TV’s new superhero: Kaci Walfall! The 17-year-old actress is staring in Ava Duvernay‘s new show Naomi, which is based on the comic book series co-written by Brian Michael Bendis and David F. Walker. The show follows comic book-loving teenager Naomi (Kaci), who explores her hidden destiny after a supernatural event shakes her small hometown of Port Oswego. Yes, that means Naomi becomes a superhero! The show premieres on The CW on January 11.

So who is Kaci Walfall? Below, HollywoodLife has rounded up five key things to know about the up-and-coming actress who is bringing another epic superhero to life on the small screen.

Kaci’s very first acting gig was as Nyah in Lifetime’s Army Wives, according to her IMDb page. She appeared in six episodes in 2013. Kaci then appeared on the TV shows Person of Interest, Power, The Equalizer, and Modern Love. Now, Kaci gets to take on the superhero genre in her role on Naomi.

Kaci had to audition for Naomi. After she met creator Ava Duvernay (When The See Us) for a Zoom call, the pair went out to lunch together. “We sat down at this vegan restaurant, and we talked for two hours about the show, about the character, about myself, about my history, how I started acting,” Kaci told Teen Vogue. “It was a surreal feeling because I looked up to Ms. Ava for so long,” Kaci added. A week after that lunch, Ava officially selected Kaci to lead her new series.

So what did the famous director see in Kaci? “This young woman is an extraordinary human being. Warm spirit and a person who is lovely and loyal and just filled with light,” Ava said on The Talk days before the Naomi premiere. “She’s perfect to play this regular human girl who finds out she’s got something a little special. She’s actually a superhero and she’s really that to all of us. She’s our hero on the set. We love her.”

In various interviews about Naomi, Kaci has opened up about how she feels similar to the high school teen-turned-super hero that she’s playing on television. “I think that our lives are sometimes mirrored and it’s actually very interesting,” Kaci said in a chat with Collider. “We’re often going through the same things. I’ve learned to trust myself more. I’ve learned many things about acting, of course. I’ve learned that we all have a destiny within ourselves and that we all are greater than we may think we are.”

She also told Teen Vogue, “We’re both teenagers. We’re both Black girls. But I think going even deeper than that, we both have a sense of drive and passion within ourselves. When someone tells us, ‘No, you can’t do this,’ that doesn’t mean we’re going to stop … I may not do as Kaci what Naomi does, but I can understand it.”

Kaci has a supportive family.

Kaci is about to make it big on Naomi, and her family will be supporting her through the whole journey. In fact, Kaci’s father is super pumped up about his daughter landing a role as a superhero. “My dad always tells me that he’s my biggest fan and he’s super excited,” she told Collider. “My mom is super excited. My younger brother is excited. I called my grandmother when I first got the role. My uncles, my aunts, and my cousins are really excited. And my friends are excited too.”

Fans of Naomi can follow the show’s lead star on Instagram. Kaci currently has nearly 8,000 followers on her account — though that number will surely rise soon. She’s been posting plenty of footage related to the show. A week before the Naomi premiere, Kaci said she was “beyond ecstatic” for the show to start. In late December, she shared a clip of her character and called her “an icon in the making.” Kaci also teased that the superhero series is “about to be a crazy ride.”