Kathryn Gallagher busy was captivating audiences 8 times a week in Jagged Little Pill before the abrupt Broadway shutdown on March 12, 2020. While there had yet to be a solid ‘return to normalcy’ date, the 27-year-old has turned to creating art in the last year with all of her free time. “I began writing the songs from Demos Vol. 1 the week before we started rehearsals for Jagged Little Pill, and that was when the inspiration began. But I had to put a big pause on everything I was feeling in my personal life when the show started,” she explained in an EXCLUSIVE interview with HollywoodLife.com, revealing that 2019, in particular, was a hard year of heartbreak. “I put it on pause until the first night of the Broadway shutdown and the pandemic, and ended up recording that song that I started writing in the beginning of September 2019, called ‘Friends to Entertain.’ I finally had time to go back and dive in and that was really cathartic.”

In addition to writing and recording consistently, Kathryn also filmed the highly-anticipated second season of Modern Love. “I’m really excited. It’s going to be great,” she gushed over the anthology series from Amazon Prime Video. While she’s unable to say much about the details of her episode, Kathryn did tease that she worked with an “amazing director” and believes “people are going to really love this season.” “I’m obsessed with every kind of love story, I’m a romantic songwriter who would thrive in romanticism, Taylor Swift is my idol, and this is the show that I feel is just made for me, and then the fact I get to be in it, I’m just so spoiled!” 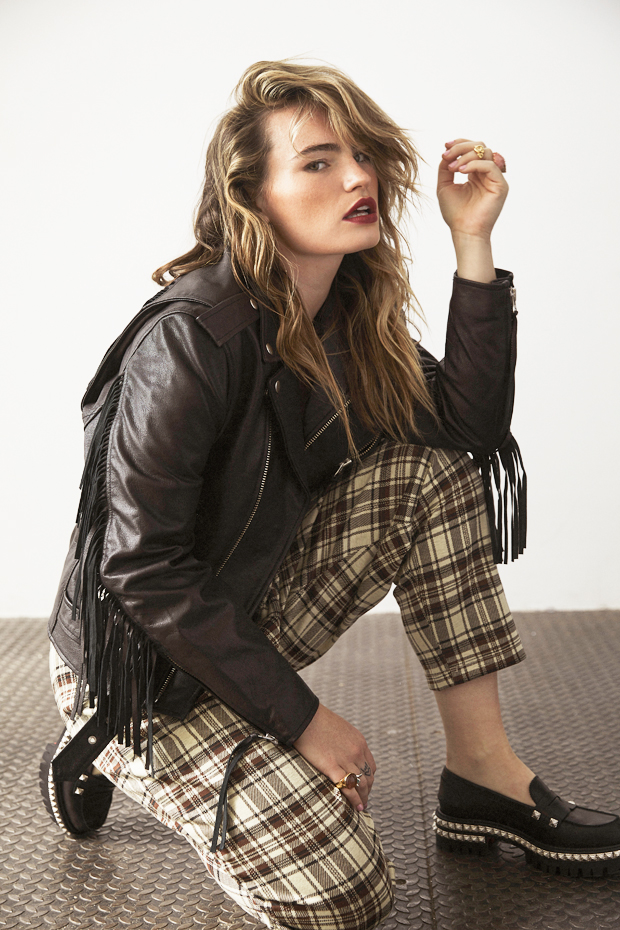 As she await for Jagged Little Pill to return to Broadway so she can reprise her role as rape survivor Bella Fox, the current Tony-nominee is continuing her “cathartic” songwriting process. “I’ve just had more time to write and I also learned how to record myself and all these things and I realized that there’s no reason I shouldn’t be putting these songs out. I like these songs and I want to put them out. I put together this first EP called Demos Vol. 1, because I wanted to have a record that just sounded like the songs when I wrote them. And there’s a second one, a follow up, which I didn’t know I’d be doing, but I was processing. They’re sad songs,” Kathryn said. “It was just extremely cathartic for me and I think I was very nervous about releasing songs that were so exposed and were so honest. But I found that incredible people really started to say really lovely things and I found that people really liked my music, and that just kept inspiring me. Now I’m addicted to releasing music, and I can’t stop!”

Kathryn teased the “new things” coming up that she’s “really excited about” as she enters a new chapter in her music and songwriting. Keep your eye out for a new song coming up early spring and follow her on Instagram for more details on her new music.

Related: Patti LuPone’s Husband: Everything To Know About Matthew Johnston