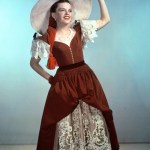 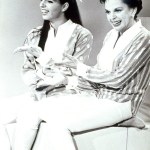 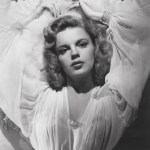 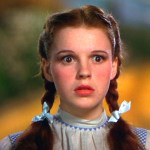 Judy Garland has inspired an upcoming biopic about her life called ‘Judy’ & Renee Zellweger is set to portray the role of the iconic actress/singer. On the day the 1st trailer arrived, here’s everything you should know about the brown-eyed beauty.

Judy Garland is one of the most iconic actresses/singers in the history of entertainment and the upcoming biopic, Judy, proves that. The first trailer from the highly anticipated film was released on May 10 and it shows a transformed Renee Zellweger, 50, who is portraying Judy, looking uncannily similar to the brown-eyed brunette beauty. From Judy’s memorable role as Dorothy in the classic Wizard of Oz to her Hollywood comeback in the extremely popular 1954 remake of A Star is Born, she’s definitely made an impact over the years. Here are five things you should know about the legend, before the biopic film hits theaters on September 27, 2019.

1.) She started acting and singing when she was a child and was signed to the popular media company, Metro-Goldwyn-Mayer (MGM) by the time she was a teenager. She went on to star in four films a year for the company, including the highly successful Wizard of Oz when she she was 17. Her contract lasted for 15 years and then had record breaking concerts and a successful recording career. She also starred in her own Emmy-nominated television series, The Judy Garland Show from 1963-1964.

2.) She became the first woman to receive the prestigious Cecil B. DeMille Award. She was also the youngest at the age of 39 to ever receive the honor at the time. The award honored her lifetime achievements in the film industry. She was also the first woman to receive a Grammy Award in the Album of the Year category for her album, Judy at Carnegie Hall in 1962. In 1997, she posthumously won the Grammy Lifetime Achievement Award.

3.) Her daughter is world-renowned actress and singer, Liza Minnelli. Liza, who is most famous for her Academy Award-winning role of Sally Bowles in the 1972 musical drama film, Cabaret, is one of Judy’s three children. Liza’s father is film director, Vincente Minnelli, who was Judy’s second husband. Actress and singer, Lorna Luft is Judy’s other daughter and Joey Luft, is her only son. She had them both with show business figure Sidney Luft, her third husband.

4.) She died at the age of 47 from an accidental overdose of barbiturates. Her husband at the time, musician Mickey Deans, found her unconscious in the bathroom of their rented home in London, England on June 22, 1969. Her health was said to be declining in the years before her death and she had undergone many struggles, especially when she was married to the now deceased Sidney. He claimed she allegedly once tried to commit suicide and had a drug addiction. In addition to battling with serious insecurity issues, Sidney shockingly claimed that Judy was allegedly molested by the actors who played the munchkins in the Wizard of Oz.

5.) Her iconic status has made her hugely popular with generations of people, including those currently in the pop culture public eye. Young stars such as Demi Lovato have enjoyed dressing up like her Wizard of Oz character for Halloween and singer Ariana Grande did an impression of her in a hilarious sketch for Saturday Night Live.

Judy’s star power continues to shine bright. We can’t wait to see her life story on the big screen in the new biopic! The project is currently filming and is expected to hit theaters on September 27, 2019. You can watch the first official trailer above.