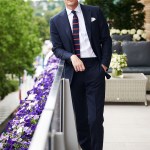 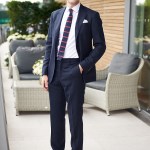 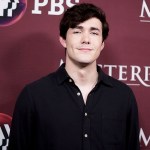 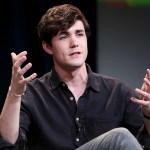 The search for Ariel’s human prince is over! Jonah Hauer-King will be playing Prince Eric in the live-action ‘The Little Mermaid,’ and you’ll probably recognize one of the projects this British cutie has worked on!

It turns out that Sebastian the crab will be egging on Jonah Hauer-King, 24, to “Kiss The Girl.” Disney announced that this fresh face in Hollywood will be taking on the coveted role of Prince Eric in the live-action The Little Mermaid on Nov. 12, according to our sister website Deadline. Fans have been eagerly awaiting this decision ever since Ariel’s actress, singer and Grown-ish star Halle Bailey, 19, was announced as the lead in July! There was major buzz that Harry Styles would return to the big screen as Prince Eric, but he ultimately chose to focus on his music instead.

Krypton’s Cameron Cuffe was also tested for the role alongside Jonah in September, per Deadline, so here’s what else you should know about the dreamy actor who edged out all the other potential Prince Erics to join Halle, Melissa McCarthy (Ursula), Awkwafina (Scuttle) and Jacob Tremblay (Flounder) for Disney’s latest project.

1. Jonah’s career just recently kicked off, and the trajectory is impressive! The dual UK and U.S. citizen found his love for acting in theater, starring in productions like Punk Rock at the Lyric Theatre in 2014, and Equus in 2015. He also appeared in a handful of short films between 2014-2016 before making his big break (and film debut) in the 2017 British drama film, The Last Photograph. He went on to star in three films in 2018: Postcards from London, Ashes in the Snow and Old Boys. Jonah made his way into Hollywood with a starring role in the 2019 feel-good film, A Dog’s Way Home. Asides from The Little Mermaid, his next project includes Blumhouse’s Once Upon a Time in Staten Island with Naomi Watts.

2. Jonah is a TV regular. You may recognize him as Laurie Laurence in the 2017 mini-series for Little Women, and is currently playing Harry Chase on the WWII drama series World on Fire.

3. The heartthrob holds a degree from U.K.’s most prestigious institution. Jonah graduated from Cambridge University with a degree in theology and religious studies in 2017.

4. Jonah has landed on The Evening Standard’s “The Progress 1000: London’s most influential people” list. The actor debuted on the “Rising Stars” list in 2016, and even appeared on the publications’ “Performers: Screen” list in 2017.

5. Jonah boasts more than 40,000 Instagram followers as of Nov. 2019. We’re sure those numbers will shoot up after the world sees him as Prince Eric!