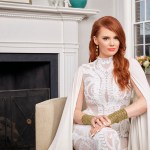 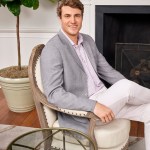 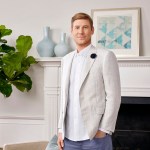 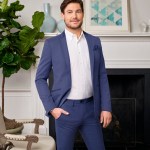 ‘Southern Charm’ season 7 features many new faces. One of them is the handsome John Pringle. HL has 5 key things to know about ‘Southern Charm’s newest gentleman.

1. John Pringle became good friends with Shep Rose in college. John and Shep met at the University of Georgia and were in the same fraternity. They’ve remained close since their college days.

2. He’s a businessman and a singer! After college, John moved to New York City to learn the family commodity business, according to Bravo. He was eventually inspired to become a songwriter. He’s released a number of EPs, Strange Points of View, Midnight Mass on the Williamsburg Bridge, and Simple Act. He can play the guitar and is trying to learn the piano. John calls his beloved Gibson guitar his “baby.”

3. John has two kids. John has two sons, Quinn and Asher. He was married to their mother, Heidi, but their marriage was short-lived. However, John and Heidi remain friends and are dedicated to co-parenting. John’s kids live in California, but he sees them as often as he can. John moved back to Charleston as he seeks to move the family business back to the Southern city.

4. He may have something going on with Austen Kroll’s ex Madison LeCroy. In the season 7 trailer, John admits that he likes Madison. He even introduces her to his kids. When Craig Conover asks John about what this means for his friendship with Austen, John says “TBD.”

5. John lives on Sullivan’s Island. He has a bungalow that’s perfect for his sons. John has a playroom set up for his kids to use when they come to visit.