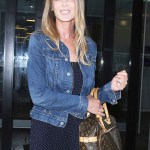 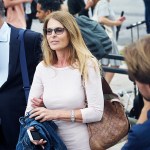 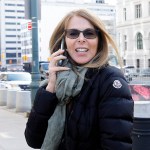 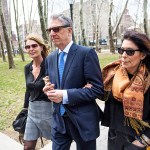 India Oxenberg, who is the daughter of both Hollywood and real royalty, has spoken out about the horrors she endured as part of the now-infamous NXIVM cult. Here’s 5 things to know about her.

UPDATE (10/27/20, 5:26 PM PT): Keith Raniere, head and founder of the NXIVM organization, was given a 120-year prison sentence on charges of sex trafficking, racketeering, fraud and more on Oct. 27, 2020. The decision was made by Judge Nicholas G. Garaufis, after hearing 15 victims’ testimonies in a Brooklyn court. This is essentially a life sentence.

ORIGINAL: India Oxenberg, the 29-year-old daughter of Dynasty star Catherine Oxenberg, is the subject of a new Starz documentary about her time in the NXIVM cult.  “I had two women holding my hands and my feet, so I wouldn’t convulse,” she said to PEOPLE when recounting the night she was branded with the initials of Keith Raniere, head of the now-infamous organization. She was chosen to join NXIVM’s master-slave sorority, DOS, and as part of her initiation, she was instructed to remove her clothes and join several other women in a room with a table. That was when she was branded. “I remember the smell — of flesh,” India said. “I remember crying but not with pain. There was no choice to say no.” Read on for five things to know about her.

1. India joined Nxivm in 2011. The head of Nxivm, Keith Raniere and Smallville actress Allison Mack have been arrested on charges of sex trafficking and forced labor for their alleged roles in the “sex cult.” After a week-long trial, a jury found Raniere guilty of racketeering, sex trafficking, and possession of child pornography. Allison Mack pled guilty to one count of racketeering conspiracy and one count of racketeering (including extortion and forced labor). Keith will be sentenced on Oct. 27, and Allison still awaits to learn her fate. It was India’s mother who first drew attention to her daughter’s plight in October 2017. Oddly enough, India first got involved in Nxivm because of her mom. Catherine learned about Nxivm from a friend in 2011, and seeing it as a way to bond with India, she and her daughter attended a class. Catherine thought it was “weird and creepy,” but India threw herself deep into the program over the following years, emptying her bank account and her inheritance to pay for Nxivm’s costly classes.

2. She’s related to royalty – but works a restaurant job. Catherine is the daughter of Princess Elizabeth of Yugoslavia, 82. However, this doesn’t mean India lives a life of luxury as a royal. She still has a 9-5 job. She was spotted working at café PlantMade on April 22, hauling plastic bins of supplies into the East Village restaurant. “It’s not polite to take pictures without asking. Leave me alone. I will call the police,” she said to photographers. (Note: Yugoslavia stopped being a country in the 1990s, and no government recognizes Catherine as an official princess. So, it’s not like India’s life will turn into The Princess Diaries anytime soon.)

3. Her family spoke about her involvement in the cult. “I’m helpless. I’ve lost my child and will do whatever I can to get her back,” Catherine said in October 2017 when she brought India’s involvement with Nxivm to light. Even though Keith and Allison have been arrested, her family believed she was still “brainwashed” by the alleged sex cult and even suggested she remains devoted to its leader.

4. She has acted in the past. With Catherine as her mother and Casper Van Dien as her stepfather (he was married to India’s mother from 1999 to 2015) it seems logical India would follow in her family footsteps. She appeared in The Vector File in 2002, alongside Catherine and Casper. However, some might know her best for her role on the short-lived Lifetime reality television series, I Married A Princess.

5. His father was a drug kingpin. For years, Catherine never identified India’s father, but he came forward in the wake of this alleged sex cult scandal. “I’ve had a close and personal relationship with my daughter India her entire life,” William Weitz Shaffer, 71, told PageSix. William pleaded guilty in 1992 for importing tons of marijuana from Thailand, supposedly making $50 million on this drug smuggling operation. William holds out hope for India. “I know in my heart she will do the right thing. She’s an angel,” he says.