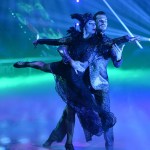 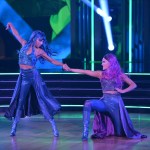 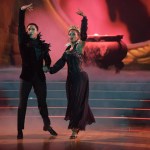 Iman Shumpert may have skills on the basketball court, but can he kick it on the dance floor? We’ll soon find out on season 30 of ‘Dancing With the Stars’!

It’s pretty standard for every season of Dancing With the Stars to have an athlete contestant, and for season 30, Iman Shumpert is the guy for the job. The basketball player will be hitting the dance floor for the competition, which premieres on Sept. 20 at 8:00 p.m. on ABC. Iman is much more than just a basketball player, though! He’s dabbled in other aspects of the entertainment industry, and is known for his close relationship with his wife and daughters. Ahead of the big DWTS premiere, learn more about Iman Shumpert, his family and career below!

1. Iman Is A Basketball Player

Iman played basketball at Georgia Tech in college. He forfeited his last year of NCAA eligibility to enter the 2011 NBA draft, where he was chosen by the New York Knicks as the 17th overall pick. He played with the Knicks until the very beginning of 2015, when he was traded to the Cleveland Cavaliers. With the Cavs, Iman won an NBA championship in 2016.

Following his run with the Cavs, Iman was traded to the Sacramento Kings in Feb. 2018, then went to the Houston Rockets in another trade one year later. He signed with the Brooklyn Nets in Nov. 2019, but was waived by the team just weeks later. He re-signed with the team in Jan. 2021, but only played one game before being waived once again. He then signed a 10-day contract with them in February. 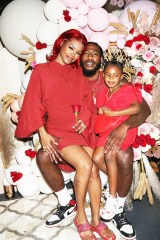 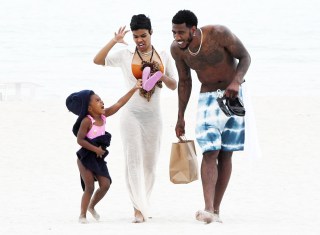 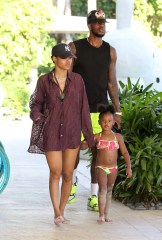 2. Who Is Iman Shumpert’s Wife?

Iman is married to Teyana Taylor, who is a well-known singer, actress and dancer. The pair’s relationship started out as a friendship, but turned romantic in 2014 when she helped nurse him back to health after a knee injury. Iman proposed to Teyana at her baby shower in 2015, and they got married in October 2016.

3. Does Iman Have Children?

Iman and Taylor share two children together. Their first child, a daughter named Iman Talya Shumpert Jr., was born in 2015. She goes by the nickname Junie. In 2020, Teyana confirmed that she was expecting the couple’s second child by debuting her baby bump in the music video for “Wake Up Love.” Rue Rose Shumpert was born in Sept. 2020.

4. Iman Is A Reality Star

Iman and Teyana’s reality show, Teyana & Iman, was on VH1 in 2018. In 2021, they returned to reality television for their E! series, We Got Love Teyana & Iman, which is currently in the midst of its first season.

5. Iman Has Dabbled In Music

In addition to playing basketball, Iman has also recorded some music. He released a song and mixtape in 2013, as well as the song “Dear Kendrick,” a message to Kendrick Lamar, in 2013. His EP Substance Abuse came out in 2018.