Halima Aden, 21, has made history. She is the first model to wear a hijab and burkini in the 2019 Sports Illustrated Swimsuit Issue, which hits stands on May 8. And, her resume is quite impressive!  Check out five fast facts about Halima, below.

1. Halima Aden is a Muslim model and activist. — She was born on September 19, 1997, in the Kakuma refugee camp in Kenya. After the Somali Civil War, Halima’s family fled from Somali. She learned to speak English when she arrived in the United States. Halima then moved to St. Cloud Minnesota, where she was crowned the Homecoming Queen by her classmates at Apollo High School. She’s been an activist for her culture, with the message of acceptance. As of 2019, Halima was said to be attending St. Cloud University in Minnesota.

2. She competed in the Miss Minnesota pageant in 2016. — When she was 19, Halima competed in the Miss Minnesota pageant, where she made national headlines after rocking braces, a hijab and a burkini. She recalled facing backlash from both her American and Muslim communities for her participation in the pageant. She later served as a preliminary and telecast judge of the Miss USA 2017 pageant. 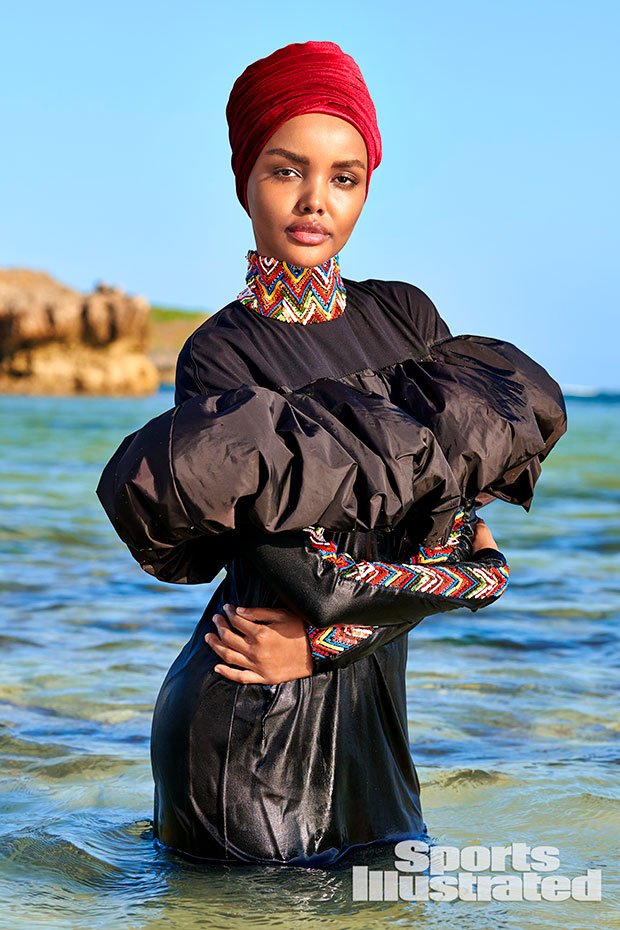 3. She’s modeled for Kanye West. — Halima walked in the Yeezy Season 5 show during her New York Fashion Week debut in February 2017. She wore a floor-length fur coat on the runway and her hijab.

4. Halima is taking the fashion world by storm. — She has walked the runways for numerous top designers, including Maxmara and Alberta Ferretti. She’s participated in both Milan and Paris Fashion Week, and was featured in the March issue of CR Fashion Book. Halima has modeled for American Eagle, British Glamour and Paper Magazine. In June 2017, she became the first hijab-wearing model to cover Vogue Arabia, Allure, and British Vogue. The Women’s March dubbed Halima the “future of fashion” in 2017. 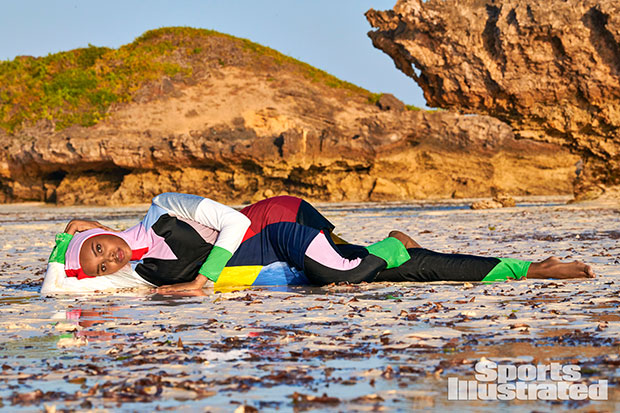 5. Halima has the support of her peers. — Gigi Hadid praised her SI Swim photos, and she’s shared photos of the model on her Instagram in the past. Halima is also friends with fellow model, Karlie Kloss and singer, Rihanna.