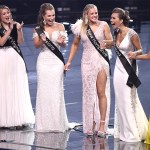 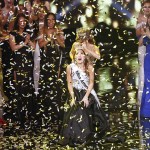 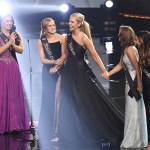 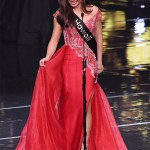 Congratulations to Emma Broyles, aka Miss Alaska, in her winning the Miss America pageant 2022! Here are 5 things to know about the Anchorage native.

Miss America 2022 has officially been crowned for the competition’s 100th annual event! The crown was given to Emma Leigh Broyles, Miss Alaska, on Dec. 16 at the Mohegan Sun Arena in Uncasville, Connecticut and was streamed live on Peacock. The title was the first win for the state of Alaska.

The event included 51 women from across the U.S. And the 2021 event marked a return after a two-year delay due to COVID-19. The top 10 contestants were: New York, Alaska, Illinois, Massachusetts, Oregon, Alabama, District of Columbia, Florida, Utah and Texas, with Alaska taking home the big prize.

Here are five things about Emma, an Anchorage, Alaska native, and how she paved her way to the top!

She was Miss Alaska’s Outstanding Teen in 2017 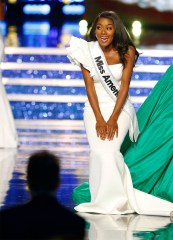 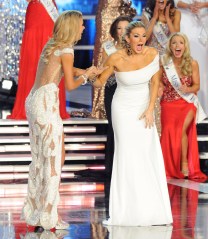 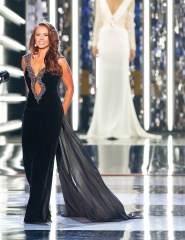 “After my year as Miss Alaska’s Outstanding Teen, I took a four-year break from competing until this year, when I decided to return to the stage and compete for the title of Miss Alaska 2021,” she told an Arizona State University news outlet (where she attends college). The student has been sure to shout-out her friends and family members for supporting her in her various pageant ventures, from teen competitions to the top prize in the states!

She works with the Special Olympics

Earlier in the week, before Emma was crowned the winner of the pageant overall, she won in the preliminaries for her social impact pitch about the power of the Special Olympics. She has noted she began volunteering with the organization 12 years ago when her older brother, who has down syndrome, became an athlete.

Emma is a part of Barrett, the Honors College at Arizona State University located in Tempe, Arizona, where she is currently a junior. She studies biomedical sciences and voice performance, loving her experience as a college student but also navigating the challenges that come with competing in pageants at the same time. “Keeping organized has been the single most important step in maintaining a busy schedule and ensuring that I am not missing anything,” she told an ASU news outlet in July. “I also heavily rely on my support systems and reach out to my family and friends if I ever feel discouraged or overwhelmed.”

Although the South West was a definite change for the Anchorage native, she noted how she “fell in love” with the campus and atmosphere of the Tempe locale, thus influencing her decision to attend the school. “I really felt at home when I visited ASU and I did not get that same feeling when touring other campuses, so I knew that ASU was the school for me,” she shared. “It also helped that ASU has great merit-based scholarships that help me pay for most of my degree and such a strong honors college.” Luckily for Emma, the Miss America crown also comes with a $100,000 college scholarship which will certainly help with expenses!

She wants to be a dermatologist

On her profile page for Miss America, Emma’s “career goals” are noted to be “Dermatologist.” Although the newly crowned pageant queen is still in the earlier years of college, she’s already identified her interests and is intent in entering the medical field.

She continues to help out with other pageants and teen competitions

In addition to competing in the Miss America pageant and working with the Special Olympics, Emma continues to support young girls and help out with various pageants and events. In the above Instagram post, for example, Emma shouts out the most recently crowned winner of Miss Alaska’s Outstanding Teen, Sycely Wheeles, noting how she’s been able to “[cheer] her on” throughout her competing in the pageant and how the teen has “been by my side” since she herself won the title.