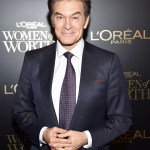 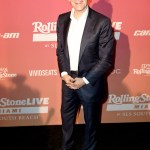 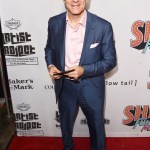 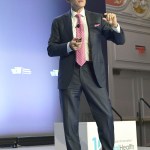 After advising against reopening the country too soon, Dr. Oz suggested ‘2 to 3 percent’ dying is a worthy trade-off for getting kids back to school.

“We need our mojo back,” Dr. Mehmet Oz said during his appearance on the Apr. 16 episode of Fox News’ Hannity. As Dr. Oz spoke with Sean Hannity about what it would take to reopen the United States amid the novel coronavirus pandemic, the celebrity medical professional cited a study from The Lancet that argued that reopening schools would be an excellent place to start. It would only cost, as Dr. Oz said, “2 to 3 percent, in terms of total mortality. Any life is a life lost, but to get every child back into a school where they’re safely being educated, being fed, and making the most out of their lives … might be a trade-off some folks would consider.”

Judging by the backlash that followed, the good doctor’s estimate was way off. Joe Scarborough scolded Dr. Oz for the comments, and the hashtag #DrOzIsADisgrace began to trend on Twitter. Soon after his comments went viral, Dr. Oz issued an apology. “I’ve realized my comments about risks around opening schools have confused and upset people, which was never my intention,” he said. “At the same time, I’m being asked constantly: How will we be able to get people back to their normal lives. To do that, one of the important steps will be figuring out how do we get our children safely back to school.” Oddly enough, Dr. Oz, when speaking with HollywoodLife, disagreed with President Donald Trump’s claims that the country could be reopened by Easter.

As Dr. Oz salvages his reputation, here’s what you need to know:

1. Dr. Oz is a cardiothoracic surgeon. Born in Cleveland, Ohio, to Turkish immigrants, Mehmet Cengiz Öz grew up in the United States. His father, Mustafa Oz, earned scholarships that allowed him to emigrate to the United States as a medical resident. While growing up in Wilmington, Delaware, Mehmet made frequent trips back to Turkey, according to Biography. Early on in his life, Oz decided he wanted to become a doctor. He received his undergraduate degree in biology at Harvard University. He obtained his MD and MBA degrees at the University of Pennsylvania School of Medicine and Penn’s Wharton School, respectively. He soon proved to become an exceptional surgeon,

2. He was introduced to the world via Oprah. In 2004, Dr. Oz made his first appearance on The Oprah Winfrey Show. He was a frequent guest/medical expert, and he used the platform to, according to Vox, “back a range of questionable health practices.” He eventually got his own show in 2009, and he’s since expanded his media empire into books, magazines, radio, and websites.

I’ve realized my comments on risks around opening schools have confused and upset people, which was never my intention. I misspoke. pic.twitter.com/Kq1utwiCjR

Dr. Oz has been criticized for promoting questionable treatments. In 2014, a Senate panel questioned Dr. Oz for his promotion of green coffee bean extract as a weight loss product, according to The New York Times. He once suggested that the Ebola virus could go airborne, even though there was universal agreement among virologists that the pathogens have never behaved that way, per Vox. In 2015, there were calls for Columbia University medical school to fire him for repeatedly shown(ing) disdain for science and for evidence-based medicine.” Oz, at the time, held the role as the surgery department vice-chairman. In 2020, he’s listed as the Director of the Integrative Medicine Center.

4. He’s been married since 1985. Dr. oz met his wife, Lisa Oz (née Lemole), at a dinner arranged by their fathers. The couple married in 1985. They have four children and four grandchildren together.

5. His oldest daughter is also a Television personality. Daphnie Oz was one of the five co-hosts on ABC’s daytime talk show The Chew. Like her father, she’s also a published author, releasing The Dorm Room Diet in 2006.