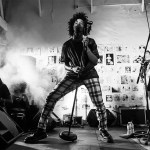 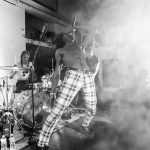 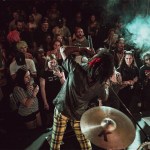 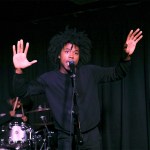 The ‘lately I feel EVERYTHING’ singer was spotted getting a kiss from the rocker during a recent beach date. Here’s everything you need to know about De’Wayne.

Willow Smith seems like she’s found love with musician De’Wayne. The 21-year-old singer was spotted cuddling up to the musician, whose full name is De’Wayne Jackson, while in Miami on Sunday December 5. The 26-year-old singer gave Willow a kiss on the cheek, as she cuddled up to him. While Willow has become a critically-acclaimed and beloved rockstar, De’Wayne is also an excellent musician himself. Here’s everything you need to know about De’Wayne!

De’Wayne has been releasing music for years, with some of his earliest singles dating back to 2016, but he dropped his debut full-length album Stains, via Hopeless Records, in June 2021. The 11-song LP features an eclectic blend of rock, rap, and pop, including the anthemic opening track “National Anthem.” De’Wayne mentioned that he worked on the album during the pandemic and wanted to come across as authentic in a June 2021 interview with Atwood Magazine. “It introduces me as a raw artist who isn’t afraid to make pop songs with an actual feeling behind them. I said everything I wanted to say on here, I feel people will understand me after this, and that makes me happy ’cause I told my story,” he said.

2. He toured with Willow

Willow announced that De’Wayne would be one of the artists joining her on the “Life” tour in a September 10 Instagram post. De’Wayne also seemed stoke to perform with the rocker. “[I’m] forever grateful to you for the opportunity,” he wrote in a caption with the tour announcement. He also shared plenty of photos, both of him performing and behind the scenes on the tour. He even shared one picture of him and Willow chilling and wrote that the tour’s energy was “unmatched.”

Willow Smith -- Pics Of The Singer 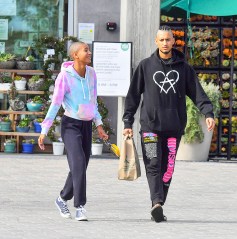 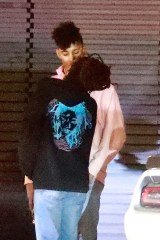 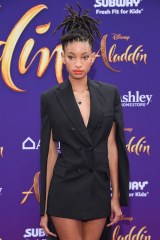 Listening to De’Wayne’s music, it’s clear that he doesn’t try to hide the fact that he’s inspired by many different styles of music. From the driving pop-punk of “Me Vs You” to the more electronic sounds of his single “Radio-Active,” he has a wide variety of influences. De’Wayne spoke about some of his influences in a November 2019 interview with HollywoodLife. “I’m pretty crazy about Beck, and The White Stripes, [Radiohead’s] Kid A is a top 2 album for me. Jimi Hendrix and Nirvana I listen to a lot of Coltrane too. Kendrick [Lamar] is the GOAT,” he said at the time, and said that Radiohead’s Jonny Greenwood would be a “dream” collaboration.

4. He’s collaborated with a wide variety of artists.

Some of the musicians that De’Wayne has gotten the chance to work with are just as eclectic as his influences are. He was one of many artists featured on punk legends Anti-Flag’s 2020 single “A Dying Plea.” He also had Awsten Knight on the ultra-catchy song “Perfume” from Stains. He’s also performed vocals for electronic artist Deffie’s single “On a Side a” and rapper Xavier Mayne’s single “Conversations.” He’s also worked with alternative band Chase Atlantic on his 2018 single “Adiós,” as well as their 2021 song “PLEASE STAND BY.”

5. He was featured in Dr. Marten’s Music & Film Series

De’Wayne was one of many artists to work with iconic fashion brand Dr. Marten’s on its Music and Film Series in 2019. The video featured the singer showing off his excellent fashion sense and speaking about his music. He spoke about the project with HollywoodLife and said that it felt like it reflected his artistic vision. “I dig the way they move, every time I see something from them, I see longevity. That’s important to me and definitely a goal of mine. It seemed like a great fit for where I’m heading, wanting my art to live on for a long time and also look good while I’m at it, so I’m glad we made it happen,” he said at the time.