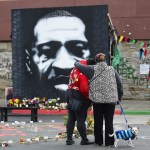 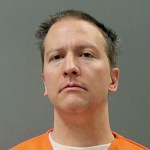 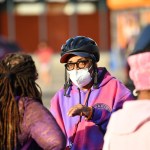 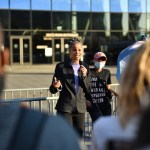 Derek Chauvin, 45, will serve at least 15 years behind bars for the death of George Floyd. On June 25, the former Minneapolis police officer was sentenced to 22.5 years behind bars after he was charged and found guilty of second-degree and third-degree murder, as well as second-degree manslaughter. The state requires he serves at least 15 of those 22.5 years in prison. Here’s what else you need to know:

1. Floyd Died After Chauvin Knelt On His Neck

While arresting Floyd for allegedly using a counterfeit bill in May 2020, Chauvin pinned the unarmed Black man, to the ground by kneeling on his neck. In footage of the arrest, Floyd can be heard pleading “please, please I can’t breathe… My stomach hurts… my neck hurts.” Chauvin remained kneeling on Floyd’s neck for over nine minutes as bystanders begged him to stop. Three other officers stood by as Floyd fell unconscious. He died in an ambulance on the way to the hospital.

Chauvin, along with his three former colleagues (J. Alexander Kueng, Thomas Lane, and Tou Thao) were fired from the Minneapolis Police Department following Floyd’s death. “Four responding MPD officers involved in the death of George Floyd have been terminated. This is the right call,” Minneapolis Mayor Jacob Frey tweeted at the time. He went on to call the death “completely and utterly messed up”.

2. Chauvin Was Found Guilty After Being Charged With 2nd & 3rd Murder & Manslaughter

Since he’s now been convicted of second-degree murder, third-degree murder, and second-degree manslaughter, Chauvin has been sentenced to 22.5 years in prison, and will be required to serve up to 15 of those years. As he is currently 45-years-old, he would be at least 60 at the time of release (or approximately 68 if he serves the entire 22.5 years).

His arrest complaint, obtained by HollywoodLife in 2020, argued that Chauvin acted “without intent to effect the death of any person, while committing or attempting to commit a felony offense” when Floyd died, but a jury found him to be guilty of all three charges.

3. Chauvin Had 18 Complaints On His Record

Chauvin racked up 18 misconduct complaints on his official record in his 19 years as an officer with the Minneapolis Police Department. Only two were closed with discipline. A Minneapolis woman, Melissa Borton, went on the record with the Los Angeles Times to say that she filed a complaint in August 2007. Borton said Chauvin and another officer pulled her over for going 10 miles over the speed limit. The officers reached inside her vehicle “without a word,” unlocked the door, pulled her out and put her in the back of their police cruiser.

Her infant was still in her car. Borton said that the officers released her 15 minutes later with no explanation. Chauvin was given a formal letter of reprimand after her complaint and was later told that he “did not have to remove complainant from car,” according to records from the Minneapolis PD.

4. Chauvin May Have Already Known Floyd

Both Chauvin and Floyd had worked security at El Nuevo Rodeo nightclub on Lake Street in Minneapolis. The former owner of the club, Maya Santamaria, told Buzzfeed News that she remembered Chauvin as “nice, but he would overreact and lash out quickly.” She claimed that Chauvin’s “face, attitude, [and] posture would change when we did urban nights.” She once had to reprimand him for using pepper spray on a patron. While the Floyd family attorney, Benjamin Crump, suggested publicly that Floyd and Chauvin may have known each other from the club, Santamaria doubts they ever crossed paths.

Kellie Chauvin filed for divorce on May 30, 2020, just days after Floyd died. “This evening, I spoke with Kellie Chauvin and her family. She is devastated by Mr. Floyd’s death and her utmost sympathy lies with his family, with his loved ones and with everyone who is grieving this tragedy. She has filed for dissolution of her marriage to Derek Chauvin,” her attorneys said in a statement.