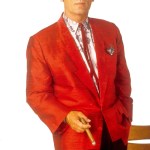 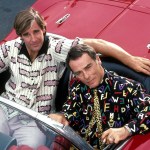 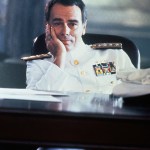 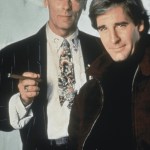 A legend of the silver and small screen has left us. Dean Stockwell, best known for his role in ‘Quantum Leap,’ has passed away at age 85. Here’s what you need to know about this acting icon.

Dean Stockwell belongs to the heavens now. The actor – whose 70-year career included such iconic roles as Admiral’ Al’ Calavicci in NBC’s Quantum Leap – passed away on Sunday (Nov. 7), a rep for the family confirmed to Deadline. Dean reportedly died peacefully at home of natural causes, though no official cause of death was given at the time. The news of Dean’s death was greeted online with sadness over his passing but equal amounts of happiness and appreciation for his incredible talent.

“RIP Dean Stockwell. From Married to the Mob to The Player to Blue Velvet to Quantum Leap and beyond, he was a reliable scene-stealer,” tweeted @theJoeGriffin. “R.I.P. Dean Stockwell, a great actor who never met a scene he couldn’t steal,” added @BilgeEbiri. As one Twitter user noted, though Dean was best known for his role in Quantum Leap, “he was in the business a LOONNNGGG time.” As the world mourns this talent, here are some things you may not have known about Dean Stockwell.

He was Robert Dean Stockwell on March 5, 1936, in North Hollywood, California. He began his career as a child under contract to Metro-Goldwyn-Mayer. His first known film appearance came in 1945’s Valley of Decision. As a teen, he would get a name with 1948’s The Boy With Green Hair, an anti-racism parable that, while being a flop at the time, has gained some traction as a cult classic.

2. Dean Stockwell Was An Award-Winning Actor

As a young adult, Dean starred in the Broadway play, Compulsion, opposite Roddy McDowall (who would become a lifelong friend.) Dean reprised the role in the film adaptation, which won him his first of two Best Actor awards at the Cannes Film Festival. His second would come in 1962 for Long Day’s Journey into Night. By the end of his career, Dean would win two Golden Globes (a special ward for Gentleman’s Agreement and Best Supporting Actor for Quantum Leap) while picking up a handful of Primetime Emmy Nominations. He would earn his only Academy Award nomination in 1988, a Best Supporting Actor nod for his part in Married to the Mob.

Despite this prestige, Dean would fall in and out of love with acting. As he transitioned from a child star to an adult, he would become disillusioned with the entertainment industry. Dean even once took up a career in real estate. It took his friend, Harry Dean Stanton, to convince him to return to acting, according to Variety.

One of classic rock’s most significant albums exists thanks to Dean Stockwell – and Dennis Hopper. While Dennis was directing The Last Movie in the wilds of Peru in 1969, he “strongly urged” his friend Dean to write a screenplay, Stockwell told Louder’s Classic Rock, “and he would get it produced.” Dean returned to his home in Topanga Canyon, in the mountains outside of Los Angeles, and wrote something called After The Gold Rush. “Neil was living in Topanga then too, and a copy of it somehow got to him. He had had writer’s block for months, and his record company was after him. And after he read this screenplay, he wrote the After The Gold Rush album in three weeks.”

Thought the album’s most known song is “Southern Man” – which prompted Lynyrd Skynyrd to write “Sweet Home Alabama” in response – the title track has become one of Neil’s most high-profile songs in his career.

“It relates to the screenplay in an artistic way, not directly, in dialogue or anything,” Dean told Classic Rock. “That’s how he found himself in it, which coincided beautifully with what I had in mind. Neil’s rush of writing then has something to do with the film – with the exception of ‘Southern Man.’ If you could calculate the amount of human energy that goes into the making of one of his songs, you would have a really f-cking high number, man.”

4. Dean Stockwell Was A Fixture In Sci-Fi & Horror

Dean, Dennis, and Neil Young would work together on 1982’s Human Highway, a far-fetched sci-fi musical comedy that also featured the band DEVO. Dean and Neil would co-direct the feature. “That didn’t turn out so good.  But that was a lot of fun,” Dean reportedly said in a 1995 interview with Psychotronic Video. “That was like getting to make a movie with a bunch of your buddies, and it’s kind of dizzy, and you all love it, but then it’s done, and nobody else does (laughs).  But I love Neil.  Dennis, of course, was in it, and Russ Tamblyn, a dear friend.  We were buddies making this movie.”

Dean would pop up in a variety of sci-fi, horror, and cult classics throughout his career. He appeared in David Lynch’s Dune in 1984 (the same year as Paris, Texas, in which Dean played Walt Henderson). Dean also appeared in The Legend of Billie Jean, Lynch’s Blue Velvet, The Time Guardian, Once Bitten, The Dunwich Horror, The Werewolf of Washington, and other such midnight movies.

Dean Stockwell continued to work up until 2015. One of his last roles was that of Tom Hamilton on NCIS: New Orleans, reuniting him with his Quantum Leap costar, Scott Bakula. Dean would have likely worked up until this very day, but in 2015, he suffered a stroke, according to The Guardian. He soon retired from acting after that.