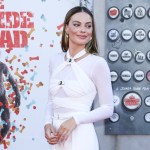 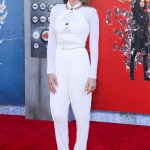 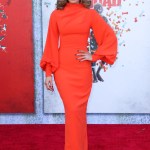 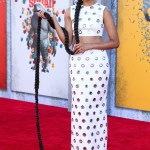 Daniela Melchior is ‘The Suicide Squad’ star everyone is talking about. Here’s what to know about the movie’s standout actress who steals the show as Ratcatcher 2.

Daniela Melchior, 24, is Hollywood’s next big thing. The actress makes a big statement in The Suicide Squad, which is in theater on HBO Max now. She plays Cleo Cazo/Ratcatcher 2, one of the supervillains who has the ability to communicate with and train rats. Yes, rats.

So, who is Daniela Melchior? HollywoodLife has rounded up 5 key facts about Daniela regarding her personal life, working with real rats, and more. You’re not going to want to forget about this one.

Daniela is from Almada, Portugal. She was born in 1996. The actress said in an interview with The Hollywood Reporter that she was “not interesting at all” growing up. “I never had a boyfriend,” she added. Daniela started participating in a drama class at a young age.

Her first role was in the Portuguese television series Mulheres. She appeared in over 300 episodes. She also starred in the series Ouro Verde, A Herdeira, and Valor da Vida. Daniela was the Portuguese voice for Gwen Stacy/Spider-Gwen in Spider-Man: Into the Spider-Verse. Her role in The Suicide Squad marks Daniela’s first English-language film. Her character is the daughter of the original Ratcatcher, who is played by Taika Waititi.

3. Daniela had to work with real rats.

Daniela had to have a chemistry test with real rats when auditioning for The Suicide Squad. She was given three rats in an open box, and she just started picking them up during the test. “I had one in my hands, another in my hood, and suddenly I find myself with James taking pictures [of] me and the rats,” she told the Los Angeles Times. Daniela then worked on set with the real rats who would be playing Sebastian.

For Ratcatcher 2, we auditioned hundreds of actors from across the world. @MelchiorDaniela from Portugal ended up being one of 3 actresses to screen test – a test which included making sure she was ok chilling with rats. Here she is the day she won the role. #TheSuicideSquad pic.twitter.com/y9Diq8uLIy

Director and writer James Gunn has nothing but praise for the breakout star. “She’s the heart of the film in so many ways,” he told Los Angeles Times. “She’s not a killer. She’s not a murderer. She’s in prison for doing something stupid with rats, that probably any of us would do, if we had a rat and a [special] wand and were incredibly poor.”

5. Daniela is on social media.