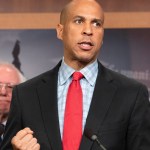 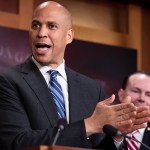 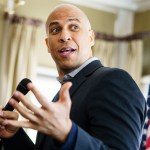 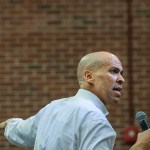 It’s official – Cory Booker is dropping out of the 2020 Democratic presidential race. The U.S. Senator has suspended his campaign, so here’s everything you need to know.

“It’s with a full heart that I share this news—I’m suspending my campaign for president,” Cory Booker, 50, tweeted on Jan. 13, attaching a video montage of his passionate speeches from the campaign trail. “Today, I’m [ending] my campaign for president with the same spirit which it began,” he said at the end of the video. “It is my faith in us, my faith in us together as a nation that we share common pain and common problems that can only be solved with a common purpose and a sense of common cause. And so, I recommit myself to the work. I can’t wait to get back on the campaign trail and campaign as hard as I can for whoever is the eventual nominee and for candidates up and down the ballots.”

He said that his campaign was “one of the most meaningful experiences” of his life. “To my team, supporters, and everyone who gave me a shot—thank you. I am so proud of what we built, and I feel nothing but faith in what we can accomplish together,” he added in the tweet. As he prepares for the next step in his political career, here’s the scoop on Cory.

1) He’s a New Jersey Senator and made history when he was elected. Cory announced he would be running for the Senate in New Jersey in 2012. In June 2013, the state’s residing Senator, Frank Lautenberg, died of viral pneumonia, and Cory ran for his seat in the 2013 special election. He won the election against Steve Lonegan that October and became the first African American Senator to ever serve New Jersey.

With this experience, Cory announced his campaign on Feb. 1, 2019. “In America, we have a common pain,” he said, a statement that would be echoed in the video about the end of his campaign. “But what we’re lacking, is a sense of common purpose. I grew up knowing that the only way we can make change is when people come together.”

2) Where was he educated? Cory, who was born in Washington D.C. and grew up in Harrington Park, NJ, went to high school at Northern Valley Regional High School in Old Tappan. He graduated from Stanford University with a Bachelor’s Degree in Political Science in 1991, and one year later, he received a Master of Arts in Sociology. After Stanford, Cory studied at Oxford University and earned an honors degree in United States history. He graduated from Yale Law School in 1997.

It’s with a full heart that I share this news—I’m suspending my campaign for president.

To my team, supporters, and everyone who gave me a shot—thank you. I am so proud of what we built, and I feel nothing but faith in what we can accomplish together. pic.twitter.com/Fxvc549vlJ

I’m running for president. Join me on this journey. https://t.co/fEDqOVIfwh pic.twitter.com/h1FTPUYRzo

3) He served as the Mayor of Newark, New Jersey. After college, Cory served on the Municipal Council of Newark, beginning in 1998. He announced his run for Mayor of the city in 2002, and went up against the incumbent, Sharpe James. He lost the election but ran against Sharpe again in 2006. This time, Cory won with 72% of the votes. He was reelected in 2010.

4) He was an athlete. In addition to his success in academics during school, Cory was also a highly-regarded athlete. As a Varsity football player, he was named in USA Today’s All-USA High School football team. He also played football at Stanford.

5) Is he married? Shockingly, Cory Booker has never been married! For the most part, Cory keeps his personal life private. However, at the end of 2018, he was romantically linked to actress Rosario Dawson after they were spotted looking “flirty” while attending a Broadway show together.