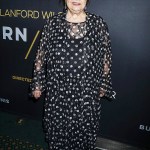 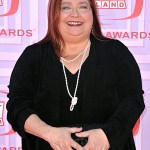 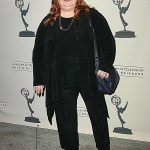 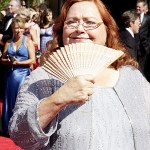 ‘Two and a Half Men’ star Conchata Ferrell has sadly passed away after being transferred to a long-term care facility following an infection and heart attack. Here are five things to know about the beloved star.

Conchata Ferrell, 77, has sadly passed away following complications from a cardiac arrest. The beloved Two and a Half Men star died on Oct. 12, 2020, at a hospital in Sherman Oaks, CA, surrounded by loved ones. She was best known to fans as Charlie Sheen‘s quick-witted maid, Berta, on the CBS sitcom. Charlie mourned her in a tweet that read, “an absolute sweetheart, a consummate pro, a genuine friend, a shocking and painful loss. Berta, your housekeeping was a tad suspect, your people’ keeping was perfect.”

an absolute sweetheart
a consummate pro
a genuine friend
a shocking and painful loss.

Berta,
your housekeeping
was a tad suspect,
your "people"keeping was perfect.

Conchata was hospitalized in May 2020, and spent four weeks in intensive care. Unfortunately, things didn’t get better for the actress in ICU. She went into cardiac arrest for about 10 minutes, leading to her subsequent transfer to a long-term care facility. Two and a Half Men star Jon Cryer expressed his sadness over the loss. “She was a beautiful human Berta’s gruff exterior was an invention of the writers,” he wrote in the tweet. “Chatty’s warmth and vulnerability were her real strengths. I’m crying for the woman I’ll miss, and the joy she brought so many.” Here are five things you should know about Conchata Ferrell.

1) She’s best known for her role as Berta on Two and a Half Men. Conchata was a long-time cast member of the Emmy-winning sitcom from 2003-2015. In total, she appeared in more than 200 episodes during the series’ 12-season run. The actress earned a slew of awards nominations for her work on the show, including three Emmy Award nominations for Outstanding Supporting Actress in a Comedy Series.

2) She continued to act since Two and a Half Men wrapped. Since the 2015 finale of the FOX sitcom, Conchata kept quite busy in both film and TV. She played Aunt Dorothy in the 2015 holiday horror Krampus and appeared as Carmelita in the TV movie Postal Jerks the same year. In 2016, she was in an episode of Grace and Frankie on Netflix and had a five-episode stint on the streaming service’s show The Ranch in 2017. In 2020, she appeared in the film Deported.

3) Conchata has an incredible filmography. Over the course of her decades-long career, Conchata worked with a number of famous, revered filmmakers and appeared in a slew of memorable projects. She played Helen in the 1990 film Edward Scissorhands directed by Tim Burton and starring Johnny Depp and Winona Ryder. In 2000, she played Brenda in the biopic Erin Brokovich starring Julia Roberts in the title role. She also appeared in an episode of Friends as well as Buffy The Vampire Slayer.

4) Conchata was not initially trained to be an actress. As a West Virginia native, Conchata initially attended West Virginia University before dropping out. She worked various jobs and later enrolled at Marshall University just outside of Charleston. There, she earned her degree in history education. Her sights shifted to acting when she appeared in the second Barfenon Review, a sketch comedy and musical show in 1969.

5) She’s a beloved wife and mother. Conchata had been married to her husband, Arnie, since 1986 — over 30 years. She is the mother to her daughter, Samantha, and has two step-daughters by Arnie.