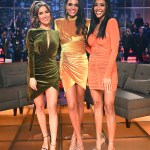 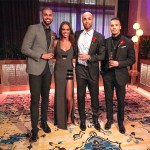 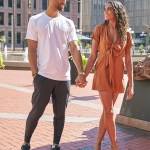 Chris S. is stirring up the drama on the November 9 episode of ‘The Bachelorette.’ Here’s what you need to know about the contestant butting heads with the other suitors.

Chris Sutton is a contestant to keep your eye on during the November 9 episode of The Bachelorette. From the looks of it, Chris S. instigates some major drama. Will this bring him closer to Michelle Young or tear them apart?

There are still a number of The Bachelorette season 18 suitors to get to know, so who is Chris Sutton? HollywoodLife has rounded up 5 key things to know about the 28-year-old.

1. Chris had a memorable ‘Bachelorette’ intro.

Chris really tried to make one heck of a first impression on Michelle after discovering her teaching background. He introduced himself on the show by arriving on a school bus. He got out wearing shorts and a backpack.

2. Chris causes drama with other suitors.

During the November 9 episode, Chris S. tells Michelle in front of the other men, “There are guys here that think they have it in the bag.” The guys do not receive this well. One suitor calls Chris S. a “snake” and another says he threw them “under the bus.” At one point, Nayte Olukoya asks Chris S. to have a chat with him, and things get heated.

3. Chris is a commodities broker.

Chris currently works as a commodities broker in West Hollywood, California. He was born in New Orleans, Louisiana. He graduated from Louisiana State University in 2015.

4. He hopes to be married soon.

Chris revealed in his ABC bio that he is “looking for an adventurous woman who is confident, kind, and selfless.” He claims he does not “have a specific type and prides himself in falling in love with someone on the inside rather than the outside.” In the next five years, Chris wants to be married with kids!

As of this posting, Chris S. has over 5,000 followers on Instagram. Before he was on The Bachelorette, Chris S. didn’t post frequently on his page. Prior to September 2021, his last Instagram post was in April 2020.