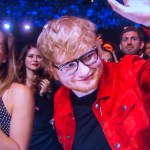 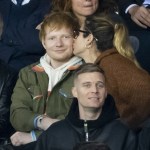 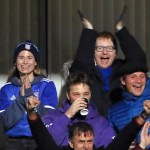 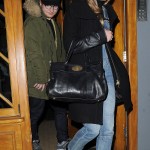 Ed Sheeran is a dad! He and Cherry Seaborn just announced the birth of their ‘beautiful and daughter.’ As this couple basks in the glow of parenthood, here’s what you need to know about Ed’s wife.

“Last week, with the help of an amazing delivery team, Cherry [Seaborn] gave birth to our beautiful and healthy daughter – Lyra Antarctica Seaborn Sheeran,” Ed Sheeran posted to his Instagram on Sept. 1, mere weeks after the initial reports of this secret pregnancy. While Ed, 29, and Cherry, 28, have kept their personal life out of the spotlight, they couldn’t keep this good news to themselves. “We are completely in love with her,” he added. “Both mum and baby are doing amazing, and we are on cloud nine over here. We hope that you can respect our privacy at this time. Lots of love, and I’ll see you when it’s time to come back.”

Ed’s been on an extended break from the music biz after a two-year-long tour for his 2017 album, Divide. He and Cherry were reportedly looking forward to having kids ever since Ed confirmed their marriage in 2019 — and now they have! It appears that the COVID-19 pandemic helped them in these endeavours. The couple stayed close to their home in Suffolk, England, and all this time out of the public eye allowed them to not just start a family, but to also keep it under wraps. Now that Ed and Cherry are on “cloud 9” with their baby girl, here’s the scoop on the woman who captured Ed’s heart.

1. Cherry has known Ed since they were both in high school. Ed and Cherry would be the textbook definition of “childhood sweethearts.” The British duo met at Thomas Mills High School in Framlingham, Suffolk, where they were students and became friends.

2. After high school, Cherry moved to the states to attend Duke University. Though she hails from England, Cherry got her education deep within the Tar Heel state. She enrolled in Duke in Durham, North Carolina. Ever since I was in high school, I’ve always wanted to study in the United States,” Seaborn told Duke, per the News & Observer. “I looked into different schools that were good academically and also at hockey, and Duke was one that really jumped out at me. I made my decision purely based on recommendations. Duke has such a good name in England, and there were a lot of people who told me to go there. There were also some English girls (at Duke), so I talked to them too.”

3. Their anniversary — of sorts — is the Fourth Of July. Cherry was reportedly working as an Advisory Consultant at Deloitte & Touche LLP in New York when she and Ed took their lifelong friendship to the next level — with some help from Ed’s friend, Taylor Swift. “She worked on Wall Street in New York, and I had like six shows [around New York in 2015],” he told PEOPLE in 2017. “It was around then, and we reconnected. I went on tour again, and then I went to Taylor’s 4th of July party. I was texting [Cherry], and she was like, ‘I’m in Rhode Island at a 4th of July party,’ and I was like, ‘So am I.’ I kinda said to Taylor, ‘Can I invite one of my old schoolmates?’ The rest is history.”

4. She is an incredible hockey player. Her ability led her to take part in back-to-back Britsh University Championships in 2012 and 2013. Ed’s even been seen cheering her on at some of the games, proving he’s been an amazing boyfriend! While at Duke, she played in 23 of 24 games for the fall, helping the Blue Devils reach the NCAA championship match. She only played for one season, having to give it up after suffering an injury.

5. Cherry inspired some of Ed’s biggest hit songs. Ed and Cherry were engaged in 2018, and he revealed they were married in a 2019 interview with Charlamagne Tha God. While discussing his No. 6 Collaborations Project, Ed spoke about a track on “Remember The Name.” Ed says that “my wife wears red but looks better without the lipstick, and he confirmed that the two had gotten hitched.

“It was actually before me and Cherry got married, and I knew that we’d be married by the point that the song came out,” he said, per USA Today. “So I said, ‘Watch how the lyrics in this song might get twisted / My wife wears red but looks better without the lipstick,’ And I was like ‘Cause someone’s going to hear that and be like ‘Oh they’re married,’ and I didn’t know how that would be. But, obviously, it’s already come out.”

In addition to this song, Cherry is the inspiration behind “Shape of You” and “Perfect,” from Ed’s 2017 album, Divide. “I constantly wake up every day with Cherry, and I’m just like, ‘Why the f-ck are you with me? You could literally be with whoever you wanted, and you’ve chosen me. And I’m saying all of the things that I think are wrong with me, but you still want to be with me,'” he told Charlamagne Tha God in that 2019 interview. “And I just find that amazing.”