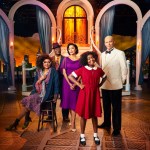 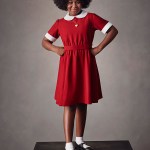 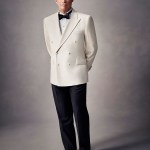 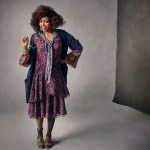 Celina Smith is the young girl everyone is going to be talking about after ‘Annie Live!’ The starlet will be playing the titular role in NBC’s live TV musical event. Here are 5 key things you need to know about Celina.

Celina Smith is a star on the rise, and everyone will know her name after the airing of Annie Live! on December 2. Celina will play the iconic role of Annie alongside Harry Connick Jr. as Daddy Warbucks and Taraji P. Henson as Miss Hannigan. Annie Live! will premiere at 8 p.m. on NBC.

During the live production, Celina will be singing hits like “Maybe,” “Tomorrow” and “It’s a Hard Knock Life.” So, who is Celina Smith? Here’s what you should know about the young girl playing Annie in Annie Live!

When Annie Live! airs, Celina will only be 12 years old. She won’t be 13 until May 2022. At only 12, Celina has landed the leading role of Annie. Her incredible performance at the Macy’s Thanksgiving Day Parade proved that Annie Live! is going to catapult Celina to superstardom.

2. She got the role of Annie after a nationwide search.

NBC revealed in August 2021 that Celina had been cast as Annie in NBC’s live musical event. NBC went on a nationwide search that “brought forth the country’s most talented and exuberant young performers.” Celina told Access Hollywood that she auditioned in June 2021 and thought she sang the Annie classic “Tomorrow” for her first audition.

3. Celina stars on a Nickelodeon show.

4. Celina is on social media.

Celina does have a YouTube page where she covered songs by Billie Eilish and Meghan Trainor. She also has an Instagram account that is run by her parents since she’s not 13 yet!

5. Celina is from Atlanta.