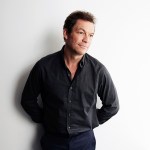 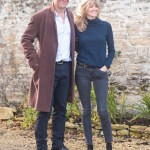 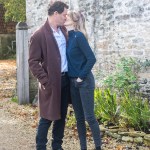 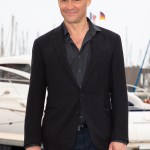 After Dominic West was spotted getting cozy with his ‘Pursuit of Love’ co-star, Lily James, his wife, Catherine FitzGerald, said their marriage was ‘strong.’ Here’s what you need to know about Catherine.

“Our marriage is strong and we’re still very much together. Thank you,” said Catherine FitzGerald and Dominic West in a handwritten statement, issued outside of their London home on Oct. 13. This bold move by the couple came a day after photos of Dominic, 50, packing on the PDA with Lily James were published online. Catherine, 49, and her husband were a united front, smiling while posing for photographs, and even taking a moment for a sweet kiss.

The state of Catherine and Dominic’s marriage came into question after photos captured Dominic nuzzling Lily’s neck with his mouth during a luncheon in Rome. The photos, taken a day earlier, also showed him putting his arm around his The Pursuit of Love co-star, his wedding ring not visible in the photos. Lilly, who was romantically linked to Matthew Smith and rumored to be dating Chris Evans, hasn’t spoken on it. As the world waits to figure out what happens, here’s what you need to know about Catherine.

1. She is a landscape designer, gardener, and freelance writer. Catherine FitzGerald hails from Ireland and works as an “a landscape designer based between London and Ireland,” according to her website. Catherine specializes in creating “private and public gardens both in the town and country.” She also works on restoring and advising on historic gardens, “breathing new life into existing ones,” and sharing her knowledge in publications like House & Garden. The Garden Interiors Magazine, and The Telegraph.

“I seek to create gardens which feel completely of their place rather than imposed,” she writes, “acting with nature and local idiom rather than against it. My guiding philosophy has always been the idea of the ‘Genius loci’ – summed up in Alexander Popes’ famous line ‘Consult the Genius of the place in all.’ My aim is to create atmosphere using subtle interventions to evoke ideas and emotions – to help us to connect with the subconscious within us all.”

2. Catherine is of Irish royal descent. Catherine is the daughter of Desmond FitzGerald, the 29th Knight of Glin. She is a member of the FitzGerald royal and aristocratic dynasty. She grew up at her family’s ancestral home, Glin Castle, in Glin, Country Limerick.

“My [gardening] experience comes from gardening at my family home, Glin Castle, on the Shannon estuary in the west of Ireland,” Catherine writes on her website. “Over twenty-five years, I have added to and adapted it with a broader range of planting: a collection of magnolias and other flowering trees and acid-loving shrubs. An ongoing project has been developing a wildflower meadow and introducing a wide array of spring bulbs beneath the shady Killarney oaks.”

3. She was married once before. Catherine and Dominic have been husband-and-wife since 2010. Before that, she was married to Edward Lambton, the 7th Earl of Durham. The two tied the knot in 1995 but divorced in 2002. During this time, Catherine was Catherine Lambton or Viscountess Lambton.

4. She and Dominic have four children together. Dominic and Catherine have a robust family. The two have four kids together: daughter Dora, 13, son Senan, 12, son Francis, 11, and daughter Christabel, 7. Dominic also has a 22-year-old daughter, Martha West, from a previous relationship with Polly Astor.

5. She has a refined sense of style. Not one to let a wall stay bare, Catherine has applied her skills to designing her family’s homes. “I had a number of particular influences in my decorating style—my godfather Christopher Gibbs, and Robert Kime, both antique dealers,” Catherine said in a profile of their London home in Lonny. “I used to go to Kime’s house with his daughter Hannah and loved the mix of textiles, paintings, and all the things they brought back from their voyages.”