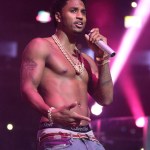 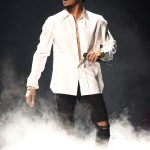 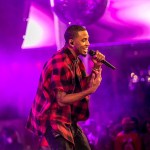 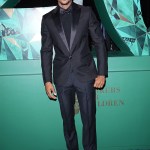 Nearly a year after his birth, Trey Songz finally revealed the mother of his adorable son Noah! Proud mom Caro Colon was front and center in the new snaps. Learn more about the beauty here.

Trey Songz, 35, has kept a low profile when it comes to his son Noah Neverson, 1, and his son’s mother Caro Colon. The singer shocked fans when he posted the sweetest photos of Caro and the baby on April 22, confirming she was the mother and praising her in the caption. “I’m obsessed; we did that, YOU did that! You’re a great Mother and you deal with all the extra’s very gracefully. I’ll always be eternally grateful to you Noah’s Mumma,” Trey, born Tremaine Aldon Neverson, captioned the gallery of photos featuring his adorable toddler. Although fans speculated that Caro was, indeed, the mother of his son, the post marked the first time that Trey publicly acknowledged her! Learn more about Caro Colon below.

1. She’s from NY. While information is limited about the beauty online, several sites report that she calls the Big Apple home. She’s reportedly worked as a dancer at Lust and Starenders, The Gossip Twins report.

2. She gave birth last year. Trey confirmed he was a dad with an Instagram post shared shortly after midnight on May 17, 2019. “My son Noah. We are blessed and overjoyed. Peace,” he shared. The first photo of Noah followed one from the night before which showed him cradling his baby’s foot.

3. She attended a basketball game with Trey. A gorgeous woman was sitting court side with Trey and Noah at the Brooklyn Nets vs. New York Knicks game at Madison Square Garden on Nov. 24, 2019 — and it turns out it was Caro! Trey was all-smiles as he cuddled with his smiling son, then six months old, in the photos as Caro sat next to him. Noah’s mom stunned in a camel teddy coat, forest green Balenciaga ball cap and ripped black jeans.

4. She planned a baby shower with Treyz mom. Eagle eyed fans discovered a baby registry on mommy and parenting website TheBump.com under both Caro’s name and April Tucker, who is Trey’s mom. The due date was added as “April 18” and the location being “Brooklyn, NY” with registered items from Pottery Barn Kids in the images circulating on fan forums. Items on the wish list included all of the essentials, including chevron-printed bedding for a crib, a quilt, ceramic elephant nightlight and decorative photo frames.

5. Her reported sister has a baby with Dave East. The mother of rapper Dave East‘s daughter Kairi Chanel Brewster, 4, is Milagrito “Millie” Colon — who is Caro’s sister, according to The Jasmine Brand. Trey and Dave are close friends, and have collaborated on music in the past, including 2015’s “Everybody Say.”