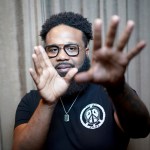 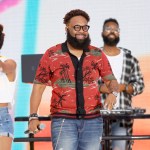 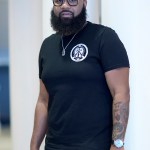 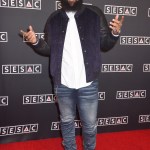 ‘The Git Up’ singer Blanco Brown was ‘significantly injured’ in a head-on car crash and remains in the ICU after surgery, according to a statement from his record label. Learn more about Blanco, and the situation here.

Singer Blanco Brown (real name Bennie Amey III), 35, is in the ICU after suffering “significant injuries” in a head-on collision, according to his label. “BBR Music Group’s beloved Blanco Brown, the artist behind 2019’s worldwide viral smash ‘The Git Up’ and current hit ‘Just The Way’ was involved in a head-on collision Monday night near his home in Atlanta, GA,” the label wrote in a September 3 statement. “The accomplished writer, vocalist and Grammy-nominated producer suffered significant injuries and was transported to a local hospital where he underwent a 12-hour surgery to address those traumas.

Additional surgeries are expected as he currently rests in the ICU. Blanco, his family and his friends ask for your prayers during this time,” they concluded, asking for privacy for Blanco and his family. Learn more about Blanco, his life, and career here:

1. He went viral in 2019 with ‘The Git Up’ Challenge. Blanco went viral when he posted the music video for his now-hit song “The Git Up”. The video (watch HERE), featured country artist Lainey Wilson, and showed the two men teaching people how to do the dance described in the song. Tens of thousands of TikToks later, he was a worldwide, country- hip hop crossover sensation, in the company of artists like Lil Nas X.

2. He’s a record producer and songwriter. Before releasing his own songs, Blanco wrote and produced songs for some major hip-hop artists. He co-wrote and produced Monica‘s “Suga” and Pitbull‘s “Goalie Goalie”. He also co-wrote or wrote Malachiae Warren‘s “Do 2 U”; 2 Chainz‘ “Burglar Bars”; Case‘s “Therapy”; Demetria McKinney‘s “Sextraordinary” and “No, No, No”; and Raheem DeVaughn‘s “Metronome”, “Black Girl Magic”, and “K.I.N.G.” He produced Fergie‘s “M.I.L.F. $” as well.

3. His biggest influences as an artist are Johnny Cash and Outkast. Growing up in Atlanta, and spending the summers in the Georgia countryside, Blanco got a taste for two entirely different genres of music — and loved them equally. He’s stated that Johnny Cash and Outkast are two of his faves, along with Tim McGraw — more on him below.

4. He credits his grandmother for his love of country music. When Blanco was a kid, he would visit family in rural Georgia. It was there where he came to have an appreciation for country music artists like Tim McGraw. Blanco actually told Billboard in 2019 that “The Git Up” was dedicated to both of his grandmothers. They would yell “Git up!” at him first thing in the morning! “You had to get outside and be productive, find purpose and enjoy and just celebrate as a kid,” he said.

5. He has more new music in the works. There’s much more to come from Blanco after his first album, Honeysuckle & Lightning Bugs. “I got 80, 90 tracks ready to go,” he told TIME in 2019. “The second album [is going to] be mastered. I’m just adding more elements or changing up things. I haven’t changed anything of the formula, because I didn’t just make up a formula. I know my sound is different sonically, because I’ve been a consumer of all my life.”