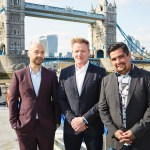 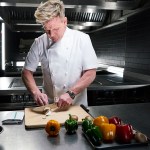 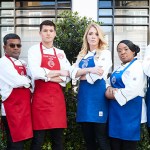 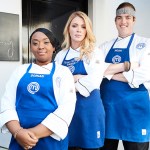 Season six ‘MasterChef Junior’ alum, Ben Watkins, was sadly diagnosed with a rare brain tumor just days after his 13th birthday. Here are five things you need to know about the young cooking phenom audiences fell in love with.

Former MasterChef Junior star Ben Watkins and his family are coming together with the support of the city of Chicago following Ben’s devastating diagnosis with Angiomatoid Fibrous Histiocytoma. The reality competition star, who recently turned 13, is undergoing treatment for his illness at Lurie Children’s Hospital in Chicago, surrounded by the love of his family and friends. “Despite all of Ben’s trials and tribulations, he remains positive and looks forward to getting back in the kitchen and pursuing his dream to become an engineer,” his family shared on their GoFundMe campaign page. Here are five things you should know about this talented teen.

1) Ben competed on the sixth season of MasterChef Junior on FOX. Audiences fell absolutely head over heals for Ben when he appeared on the reality competition. He competed on the show at the mere age of 11 years old and wowed the judges, including Gordon Ramsay, Christina Tosi, and Joe Bastianich, with his culinary skills. Out of 24 hopefuls, Ben ended up finishing in the top 18 before he left the show. Regardless, it was a truly astonishing feat for the youngster, who won the hearts of millions watching the show.

Double tap if you're ready for the two-hour season premiere of #MasterChefJunior — returning March 2 on @FOXTV!

2) He lost his parents in 2017. At the time that Ben was on MasterChef Junior, his parents died in a tragic murder-suicide, according to the Chicago Tribune. In September 2017, Ben’s father, Michael Watkins, shot and killed Ben’s mother, Leila Edwards, before taking his own life after the two were in a domestic violence incident. It came as a shock to family and friends, who knew the parents well for opening Big Ben’s Bodacious BBQ and Delicatessen in the Miller Community of Gary, IN.

3) The Chicago community rallied around Ben after the loss of his parents. Following his parents’ deaths, Chicago saw Ben’s talent and effervescence shine through on the sixth season of MasterChef Junior, which premiered in 2018. But long before then, they offered tremendous support to Ben and his family by raising roughly $30,000 to begin a college fund for the youngster. Now, the community is doing the same once again.

4) The diagnosis Ben faces is incredibly rare. Ben was diagnosed with Angiomatoid Fibrous Histiocytoma, a soft tissue tumor usually in children and young adults, his family explained on their GoFundMe page. It’s an incredibly rare illness, so much so that Ben is one of only six people in the entire world to be battling it, according to his family.

5) His GoFundMe is quickly nearing its goal. As of the publishing of this post, Ben’s community has raised over $47,500 out of a goal of $130,000 to help with ongoing treatments — roughly 36% of their way to the goal. Many have left inspiring, thoughtful messages for Ben and his family, and you can donate directly to the fund here.