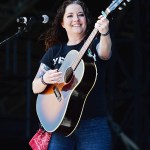 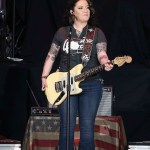 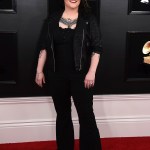 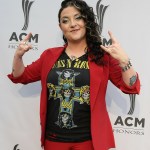 The 2019 ACM Awards will be a big night for Ashley McBryde, who will be accepting the honor for New Female Vocalist of the Year. She’s quickly becoming one of the fastest rising stars in country music.

Ashley McBryde, 35, is making quite a name for herself on the country music scene, and she was recently named the winner of New Female Vocalist of the Year for the 2019 Academy of Country Music Awards. She beat out Danielle Bradbery, Lindsay Ell and Carly Pearce for the honor, and will officially accept the award at the show on April 7. Additionally, Ashley will hit the stage with Eric Church at the show. Here’s more to know about the country singer:

1. She’s been on the country music scene for quite awhile. Ashley has been playing music ever since practicing on her father’s guitar as a teenager. She attended college at Arkansas State University before going onto pursue music full-time. She released her first EP back in 2006 and has been consistently touring ever since. However, Ashley made her mainstream breakthrough with her song, “A Little Dive Bar In Dahlonega,” released in 2017. She put out her debut album, Girl Going Nowhere, in 2018.

3. She tragically lost her brother in 2018. Ashley revealed that her older brother, Clay, died in June 2018. He was 53 years old at the time of his death. Ashley did not reveal any details about the cause of Clay’s passing, but he did leave behind a wife and one son. When Ashley posted about Clay’s death on social media, she asked fans to donate to Mission 22, an organization that aims to prevent suicide amongst war veterans. Clay served four years in the Army.

4. Eric Church has been a longtime fan of hers. It’s fitting that Ashley is performing with Eric at the ACM Awards…because they already have a history. Eric invited Ashley onstage during one of his concerts in 2017, and told the crowd that she was his “favorite artist out right now that’s not out yet.” Well, that last part sure has changed!

5. Her father does not approve of her music career. Ashley recently opened up about her father’s disapproval in an interview with CBS News. William McBryde has a degenerative disease, and when he first started getting sic, he told Ashley, “‘Tell me something. Promise me that when you’ve made your money and had your fill of all this music stuff, you’ll go to medical school,” she revealed.  Since then, she’s been careful about what she shares with her father regarding her career. “I said, ‘You know, Daddy, I’m not just playing bars anymore. I’m playing arenas. We’re traveling the world,'” she explained. “And he said…I’m proud for you. Didn’t say ‘of you.’ Everybody wants their papa to be proud of them. Everybody does.”