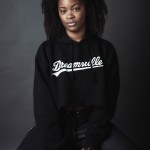 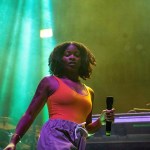 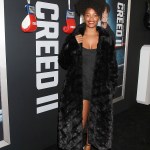 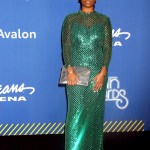 Congrats to Ari Lennox on the release of her debut album, ‘Shea Butter Baby.’ Ari is a rising singer/songwriter whose name you’ll want to get to know FAST!

Ari Lennox absolutely wowed her fans with her debut album, Shea Butter Baby, which was released on May 7. To accompany the album, Ari will be starting a tour on May 12, which will take her across the United States to play for her loyal supporters. Several of the dates are even already sold out! Ari might not be a mainstream name just yet, but she has a super passionate fan base, and she’s definitely one to watch, especially with all this new music out there. Here’s more to know about the 28-year-old who’s quickly becoming a household name:

1. She’s signed to J. Cole’s record label. After releasing her music independently on the Internet beginning in 2012, Ari signed to J. Cole’s record label, Dreamville Records, in December 2015. She dropped her debut EP, Pho, in Oct. 2016, and appeared as a featured artist on J. Cole’s track, “Chance,” released in Dec. 2016. Despite getting major support from J. Cole, Ari has admitted that she didn’t initially think he’d be interested in signing her. “I didn’t really think Cole was into me,” she told Billboard. “He was cool, but he was talking about Earthgang the whole time. Earthgang is probably one of the most brilliant groups out, so I was definitely honored to be learning about them through Cole, but I was jealous. I was like, ‘Damn, he loves them! I wish he’d love me like that! Damn the shade.’ But it wasn’t like that at all. Cole is just hard to read sometimes.”

2. She’s been influenced by some of the most powerful female vocalists of all-time. Ari lists her inspirations as Ella Fitzgerald, Erykah Badu, Whitney Houston, Lauryn HIll and more.

3. She knows what she’d be doing if she didn’t become a singer. If Ari didn’t take up singing full-time, she said in an interview with Vice that she’d be “an interior design lady on HGTV of marine biologist on some 50 First Dates s*** and sail my little boat up to Alaska. That’d be my dream.”

4. She’s very attached to her dog. Ari has an Akita named Galactus, who she described as “fuzzy and bushy” in her interview with Vice. However, she also admitted that he “pisses all over the g** da** floor!”