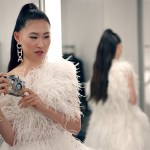 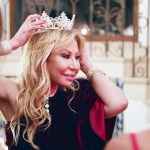 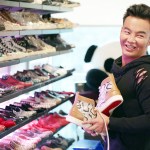 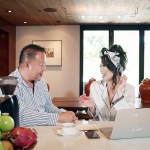 ‘Bling Empire’ is Netflix’s new binge-worthy reality series. Anna Shay dazzles fans with her wealth, and she’s the one we’re all obsessed with after watching. So, who is Anna Shay? Here’s what you need to know!

Bling Empire is a new Netflix series that follows a very wealthy group of Asian and Asian American friends, including Kevin Kreider, living the ultimate lavish lifestyle in Los Angeles. One of the stars at the center of the show is Anna Shay, the matriarch of Bling Empire and at the top of the show’s social hierarchy. You’re probably wondering, who is Anna Shay? From her wealth to her family, here are 5 key facts to remember about the 60-year-old heiress.

1. Anna is the daughter of a billionaire.

Anna is the daughter of late billionaire Edward Shay, who founded the Pacific Architects & Engineers, Incorporated in 1955. The company was initially an “architectural and engineering firm assisting the U.S. government effort to rebuild Asia in the wake of World War II,” according to the PAE website. Edward died in 1995. Anna’s mother, Ai Oizumi Shay, died in 2015. The Shay family sold Edward’s company to Lockheed Martin in an all-cash, $1.2 billion deal in 2006, according to Variety.

1. Anna thought she was only going to be behind-the-scenes on ‘Bling Empire.’

When Anna’s friend, Bling Empire’s EP Jeff Jenkins, talked with her about the show, she didn’t think she would be starring in it. “The next thing I knew, I was sitting in front of the camera. I’m really quite shy, so it was hard. I never thought about doing this, especially at my age,” she told OprahMag.com.

4. She recently put her lavish mansion up for sale.

Anna’s Beverly Hills mansion was put on the market for a whopping $16 million in Dec. 2020, Variety reported. The house is nearly 9,000 square feet and sits in the best section of Sunset Boulevard. Earlier in the year, Anna purchased a $5.75 million home that was owned by Dr. Phil’s son, Jordan McGraw.

5. Anna is an active philanthropist.

She has been an active member of The George Lopez Foundation, she told GenLux magazine. She is also dedicated to the Shay Foundation, which her parents created. “We focus on education, arts, performing arts, and music,” she noted.