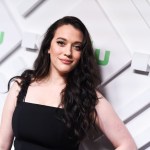 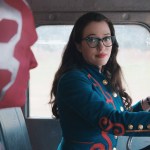 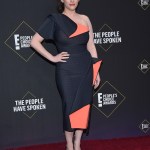 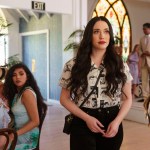 He’s a musician, a motivational speaker, and a priest in the house of partying hard. And now, Andrew W.K. can call himself Kat Dennings’ fiancé. Here’s what else you need to know about the rocker.

WandaVision star Kat Dennings surprised her fans on May 13 by announcing on social media that she was engaged to “Party Hard” rocker Andrew W.K. — just under a month after revealing that they were dating. We know, obviously, that he’s smitten with his new fiancée. But here’s what else you should know about the musician, actor, activist, multi-hyphenate:

1. His Single ‘Party Hard’ Made Him A Star

Andrew came onto the scene in 2001 with “Party Hard,” the essential anthem for, well, partying until the crack of dawn. His debut album I Get Wet featured a now iconic cover, a photo of Andrew, drenched in sweat, with a massive bloody nose dripping down his shirt. Twenty years later, he’s still dedicated to wearing the same white tee and white jeans combo during performances and appearances. While “Party Hard” is his best-known song, he’s also popular for “She Is Beautiful,” “We Want Fun,” and more.

It’s unclear how long Kat, 34, and Andrew, 41, have actually been together, but they began tagging each other in photos sharing PDA online on April 29. Kat shared a dreamy photo of Andrew in a tight black tee to Instagram first, captioning the post with a black heart. Fans really started freaking out when the twosome both posted a photo of themselves kissing deeply. Kat wrote that it was in honor of Andrew’s 41st birthday.

Back in 2005, Andrew embarked on a self-help tour at colleges throughout the United States, including Yale, NYU, the University of Wisconsin, Carnegie Mellon University, the Cooper Union, Missouri Western State University, and Northeastern University. He turned his popular, wholesome motivational appearances into a column for the famed Village Voice and still frequently offers words of wisdom to fans on Twitter.

4. He Used To Have A Popular Advice Column

“Ask Andrew W.K.” ran in the Village Voice from 2014 to 2015. Andrew was tasked with helping advice-seekers about anything from roommate issues, to romantic dilemmas, or just quandaries about the best way to party hard. Andrew’s advice was sincere and well thought out. Only he could take a question like “Why are they called the Democratic ‘Party’ and Republican ‘Party’ when these politicians are the last people I would want to party with?” and turn it into a passionate essay about bipartisanship.

5. He Hosted His Own Game Show

Destroy Build Destroy aired on Cartoon Network for four seasons, beginning in 2009. The teen competition series pitted two teams of kids against each other with the task of destroying a structure, and then remaking it into something else with the demolished parts.