Netflix has another hit show on its hands: The Witcher. The fantasy series is based on source material from a book series and was created by show runner Lauren Schmidt Hissrich. Henry Cavill stars as Geralt of Rivia, a magically-enhanced monster hunter. The first season of The Witcher debuted in December 2019. Three months before season 2 premiered in December 2021, the series was renewed for a third season. There’s also a spinoff series, The Witcher: Blood Origin, that’s coming to Netflix soon.

Fans are so excited for more of The Witcher. Below, HollywoodLife has rounded up everything we know, so far, about season 3 of The Witcher, including filming details, the release date, the cast and crew, and more.

When Will ‘The Witcher’ Season 3 Come Out?

So far, Netflix has not revealed the premiere date for The Witcher season 3. Since season 1 came out in Dec. 2019, and season 2 followed exactly two years later, we may be looking at a December 2023 release date. Although Netflix officially announced season 3 back in Sept. 2021, pre-production didn’t begin until January 2022, according to Redanian Intelligence. The outlet also reported that filming for season 3 will commence in March and should last roughly 6 months. Season 2 filming was interrupted several times due to the COVID-19 pandemic, as well as Henry Cavill’s on-set injury. Hopefully it’s smooth sailing for season 3! 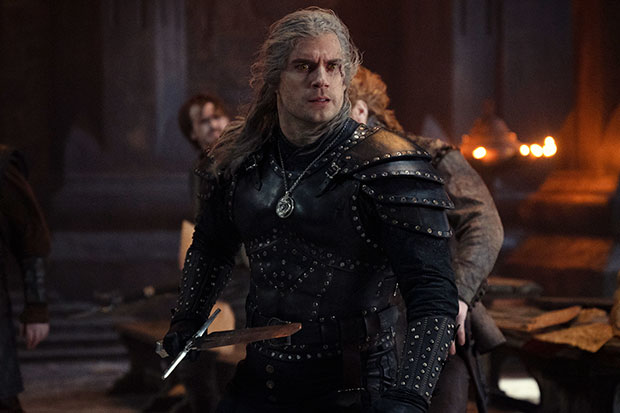 What Will ‘The Witcher’ Season 3 Be About?

The Witcher season 3 will continue the story of Geralt of Rivia, and likely feature many returning cast members. That means Anya Chalotra as Yennefer, Freya Allan as Ciri, Mecia Simson as Francesca Findabair, Mimi Ndiweni as Fringilla Vigo, Kim Bodnia as Vesemir, Joey Batey as Jaskier,  Adjoah Andoh as Mother Nenneke, Bart Edwards as Duny and more will be back, at least we assume so.

Season 2 ended with the shocking reveal that Ciri’s father Duny is actually the White Flame, current emperor of Nilfgaard. The father-daughter dynamic will definitely be explored in season 3. Plus, Yennefer, Geralt, and Ciri’s adventure to Aretuza will continue, as they try to teach Ciri to control her magic powers.

Seasons 1 and 2 of The Witcher were based on the events of the first three books by Polish writer Andrea Sapkowski: The Last Wish, Sword of Destiny, and Blood of Elves. Showrunner Lauren Schmidt Hissrich previously teased to Collider that season 3 will mostly take source material from both Blood of Elves and the fourth book, The Time of Contempt.

“We approximately do a book a season, but we also make sure that the stories from that book are best in that season of our television show,” she told the outlet in Dec. 2021. “So sometimes we move those chess pieces around a little bit. There’s a big story from Blood of Elves that we’re gonna do in Season 3 for instance.” Lauren also said that she’s “really thrilled with how the season is shaping up because it’s based on my favorite book in the saga, which is The Time of Contempt.”