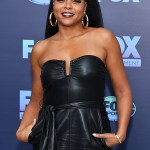 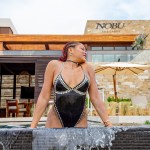 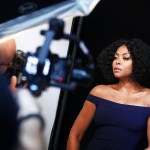 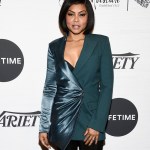 Award-winning actress Taraji P. Henson did not let National Sons Day pass this year without paying homage to her son, Marcell Johnson. The Hollywood star, 51, welcomed her son, 27, with the late William LaMarr “Mark” Johnson, her high school sweetheart who was murdered at the age of 34 in 2003. In an Instagram post on National Sons Day in September, Taraji celebrated Marcell, calling him her “heart.”

“Happy #nationalsonday,” she captioned a series of photos of the duo. “my heart my love my baby forever!!!” So, who is the Empire star’s son? Below are five things about Marcell.

Marcell is Taraji’s only son

Marcell, born on May 10, 1994 to Taraji and her high school sweetheart William, is the actress’ only son. In an interview with PEOPLE’s Jess Cagle on The Jess Cagle Interview in 2019, Taraji expressed the fears she has as a Black mother to a Black son amidst the onslaught of police killings. “He has a really good heart. It’s just hard to know that the world can pick him out and turn him into a monster at any given moment,” she said. “That’s what I fear, that’s something that I carry — I think every Black mother does. All parents worry about their kids, but then when you see the news and you see people getting off for killing innocent children with no weapon it’s like, that doesn’t exempt my son.”

Marcell’s father passed away when he was a child 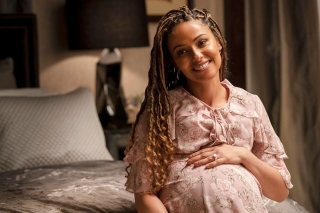 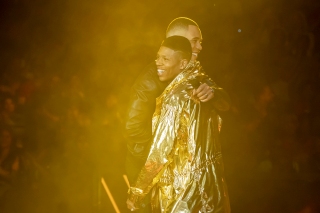 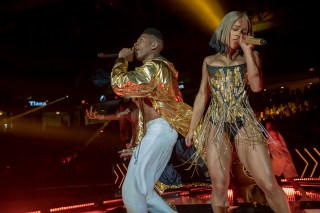 The details surrounding the death of Marcell’s father William are horrific: he was stabbed to death at the age of 34, when Marcell was only 9 years old. In an episode of her Facebook Watch series “Peace of Mind with Taraji” in January, Taraji recalled being unable to break the news to her son, telling him instead that he died in an accident. Marcell later learned the truth. “My son’s father was suddenly taken — murdered — when he was 9, and I didn’t know how to tell him that. I couldn’t tell him he was murdered, so I told him he died in an accident,” she said. “Later on in life he found out and he came back to me and was like, ‘Why didn’t you tell me my daddy was murdered?’ And so then we had to get therapy. . . It was the worst way you could die, and I just didn’t have the words. I didn’t know how to tell a 9-year-old.”

Marcell follows in his mother’s footsteps as an actor

The apple does not fall too far from the tree, as Marcell also has a career in Hollywood, both in front of the screen and behind the scenes. Marcell has worked behind the scenes for the film Little with Issa Rae and Marsai Martin, and has made appearances in films Misled, Needlestick, A Girl Like Her, and the TV series Detroiters.

Marcell has starred opposite his mother on the small screen

Most recently, Marcell’s TV credits have included a familiar title: the acclaimed Fox drama series Empire, wherein his famous mother stars as Cookie Lyon. The actor has appeared in 16 episodes as a character named Marcel, sharing the small screen with his formidable mother.

Taraji previously told Uptown magazine in 2015 that her son would be transferring to her alma mater, Howard University. The admission came after she said that Marcell was racially profiled by campus police at the University of Southern California. “I’m not paying $50K so I can’t sleep at night wondering is this the night my son is getting racially profiled on campus,” Taraji said. USC released a statement shortly after, with campus public safety director John Thomas stating that an investigation was underway. The actress later apologized for her comments, writing on social media, “A mother’s job is not easy and neither is a police officer’s. Sometimes as humans we overreact without gathering all of the facts. As a mother in this case I overreacted and for that I apologize.”