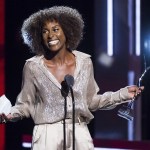 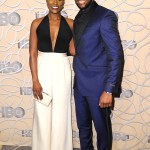 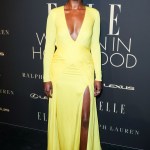 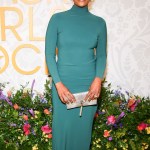 Issa Rae got hitched! The ‘Insecure’ actress married boyfriend Louis Diame in an intimate ceremony in the South of France. See the stunning pics.

Surprise! Issa Rae, 36, got married on Sunday, July 25 to Louis Diame in an intimate ceremony in Saint-Jean-Cap-Ferrat, a commune in the South of France. The Insecure creator and star shared the big news on July 26 in an Instagram post that featured a series of beautiful professional snapshots from the ceremony captured by photographer Lauren Fair. Issa wore an immaculate white Vera Wang dress to say “I do” to Louis, who looked absolutely dapper in a fancy red suit with a white button down and black bowtie. See the pics HERE.

Issa looked so happy in the photos from her wedding day. Along with the snapshots with her husband, she posed for a few scenic photos both solo and with her five bridesmaids, who wore light pink dresses. Issa wore two different dresses from Vera Wang for the full celebration. For the ceremony and photos, she chose a custom light ivory strapless sweetheart neckline ballgown that had a hand placed Chantilly lace accented by hand sewn crystal beading and a light ivory chapel length veil, according to a press release from Vera Wang. Then for the reception, she wore a custom lily white Italian silk crepe plunging V-neck A-line gown with a layered tulle skirt.

Alongside her slideshow of photos, Issa wrote in the caption, “A) Impromptu photo shoot in a custom @verawang dress. B) My girls came to help me, but they all coincidentally had on the same dress! They were sooooo embarrassed.
C) Then I took a few flicks with Somebody’s Husband.” She also credited wedding service White Den Weddings, hairstylist Felicia Leatherwood, makeup artist Joanna Simkin, and nail artist Yoko Sakakura for their involvement in Issa’s special day. 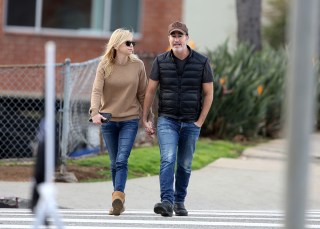 Issa’s wedding caught many of her fans by surprise. The star has long kept her personal life private and was even asked about her decision to do so in the May 2018 issue of Marie Claire. “I get so much feedback about everything. The one thing I don’t need feedback on is who I’m sleeping with,” she told the publication. In 2019, Issa sparked engagement rumors when she was seen with a ring on her finger. While she never confirmed if she was indeed engaged, her Insecure co-stars Yvonne Orji and Jay Ellis seemingly confirmed the news at the 2019 NAACP Image Awards.